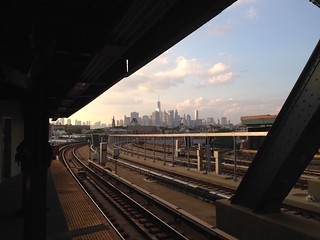 So… I live here now.

Home Internet is forthcoming on Wednesday (“Internetless!” she groaned, languishing on the couch, mosquito-bitten arm flung over her eyes), so today’s links are short, thanks to the fact my Internet access over the last few days has been limited to my daily trips to the library.

Ta-Nehisi Coates at The Atlantic contemplates a lot of things in “Acting French,” including race, privilege, and different kinds of learning.

The leaking of many stolen nude photographs of an astonishing list of stars has been all over the news this week. The ever-perfect Anne Helen Petersen weighs in on how this could affect Jennifer Lawrence’s career by examining how the same thing didn’t affect Marilyn Monroe’s career, Genevieve Valentine examines it through the lens of rape culture,

A statement by Stan Lee listing Black Panther with Ant-Man and Dr. Strange has fans wondering if we might be visiting Wakanda sooner rather than later. SOONER, KEVIN FEIGE, WE WOULD RATHER SOONER.

Korean director Park Chan-Wook will be adapting Sarah Waters’ Fingersmith into a film. It was already adapted into a BBC miniseries, you say? Well, Chan-wook is changing the setting to Korea under Japanese rule. POUND. THE. ALARM.

DC has gone ahead and registered the domain name for a Wonder Woman movie. From my Harry Potter days, I know that this could be a feint, but if it’s true… oh, wait, it’s still DC Studios, which just cast a white Australian actor as Ra’s Al Ghul in Arrow.

Speaking of DC, Dwayne Johnson will be playing the villain Black Adam in Shazam (or whatever Goyer and Snyder can shoe-horn him first). And it’s apparently going to be “fun.” We’ll see how this develops.

Gavia Baker-Whitelaw talks about how Harry Potter’s Wizarding Britain is totally a dystopia. This makes me want to reread the books with this in mind, especially the part about the rest of the Wizarding World just giving up on Wizarding Britain.

There is an auction for Pacific Rim costumes and props from the film going on RIGHT NOW. It ends in two days, so hop on it! (Captain Cinema and I are still debating whether we should buy a sanitation workers’ costume and swap off wearing them.)

A new study suggests that many more Viking warriors were women. Tor.com commentator Andrew W (a historian whose specialty is women buried with weapons, which is too cool!) goes into more detail about invisible women warriors who may have been buried without their weapons and sexism in identifying the sexes of skeletons.

minh-ha t. pham at Threadbared’s “Unintentionally Eating the Other” is a fascinating, incisive piece about yellowface and other types of racial drag:

I’ve become really impatient with responses to racist practices of racial drag that involve comments like: “Why didn’t they just hire a Black/Asian/Latina/Native model?” (Yes, I believe there are anti-racist kinds of racial drag.) This question glosses over the actual operations of yellowfacing, blackfacing, etc. which is not about Asianness or Blackness but about Whiteness. It is about consuming Otherness, it’s about making racial difference commodifiable and palatable through whiteness, it’s about reproducing and securing white privilege.

The Lord of the Rings in Concert is coming to Lincoln Center next year. HIGH-PITCHED STONEFACED SCREAMING.

Fredkin’s Paradox is the reason you agonize over choices where the options aren’t really that different.

A Supergirl show might be headed to television soon. Like everybody else, I’m hopeful but very, very hesitant.

Good Omens is becoming a radio series, adapted by Neil Gaiman and Terry Pratchett themselves! Mark Heap and Peter Serafinowicz are Aziraphale and Crowley, which is a very promising way to anchor the series.

Happy seventh anniversary, Organization for Transformative Works! Thanks for looking out for us.

“Four Steps to the Perfect Smoky Eye” by Claire Humphrey is a stunning short story set in the eighties about the agency of young women. Just… it’s fantastic. This is why I love Strange Horizons (and love working for them).

Fast food strikes to agitate for unions and the minimum wage to be raised to $15 are on the raise. Reading about fast food companies pointing out how much it’ll cost them to pay their employees enough money to, say, no longer require government assistance to live is teeth-gnashingly frustrating. I hope the pro-workers measures currently up for vote go through.

Kesiena at Autostraddle talks about body issues, queerness, beauty standards, and self-loathing. At a certain point, she talks about something I find fascinating and repulsive: the idea that androgyny is only for skinny people and how androgyny can be applied as a form of misogyny.

For her senior visual arts thesis, Columbia University student Emma Sulkowicz will be carrying her mattress with her everywhere she goes as long as her rapist remains on campus. “We keep [beds] in our bedroom, which is our intimate and private space… The past year or so of my life has been really marked by telling people what happened in that most intimate, private space and bringing it out into the light.” Harrowing. I hope it’s a short project.

Books
Purchased: None
Added: Wolf in White Van by John Darnielle (via io9), Fat is a Feminist Issue by Susie Orbach (via Autostraddle), Unspeakable Things by Laurie Penny (via Ana)

Films
Purchased: None
Added: Bang Bang Baby (via io9), Hoop Dreams (via The Dissolve), BFFs (via Autostraddle), Black Mama, White Mama (via The A.V. Club), The Girl Most Likely To… (via Hitfix)