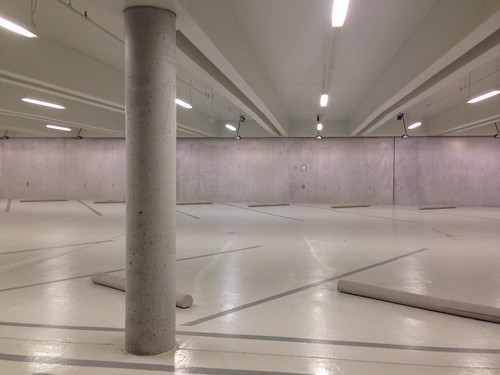 Part one of Operation New York is complete, and I am exhausted. In the last week, I’ve had some amazing adventures, but I thought I’d highlight the Kimbell Art Museum, a building so beautiful even its parking garage is a work of art.

Artist Randy Queen went after Escher Girls for discussing his artwork, threatening legal action, and he managed to get the images taken down. He later apologized for his actions, but come on.

Jennifer Lee is writing a script treatment for A Wrinkle in Time for Disney! Huzzah!

Autostraddle’s Carmen provides for us a brief, illustrated history of women’s studies as a field.

Speaking of which, Zack Snyder called into a Detroit radio station where the DJs were trashing Aquaman to defend him—by pointing out that Aquaman can totally stab Superman in the face! Oh, for the love of Zod.

Meanwhile, at Sony, Lisa Joy Nolan has been hired to script a female-led movie in their new Spider-Man franchise. We have no other details, but I am glad Sony is listening and responding to fan criticism.

Gregory Allen Howard tears apart Get On Up for trying to tell James Brown’s story—a musician who never actively courted a white audience—without a single black person among the core creative team (director, producers, and writers).