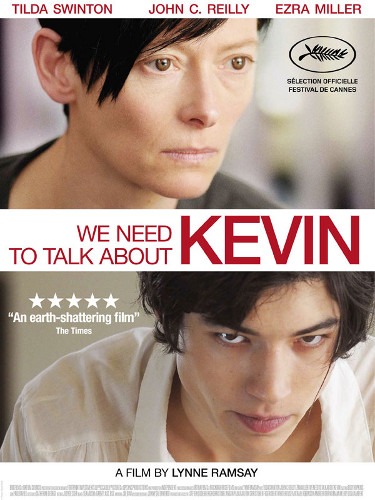 Literary fiction, as a genre, often baffles me. Not in the sense that it is a genre—redundant and semantically superfluous as the term actually is, there’s enough stylistic and content similarities that we really do need to have a name for contemporary fiction that deals almost solely with the interior lives of often quite privileged characters. Or, to put it as bluntly as Erin Callahan has in the past, the worst literary fiction consists of “love letter[s] to privilege and ennui.” Rather, what baffles me is that it’s often used not to indicate that actual genre, but that something is acceptable in the mainstream while ghettoizing the genre it actually belongs to. There’s nothing wrong with pointing out accessible texts to people who normally don’t read a certain genre, but when it’s used to cherry pick from and then ignore an entire genre, that’s when I get angry.

So I sometimes forget about what literary fiction actually is at its core, without all of that silly privileging and labeling, and it takes a film to remind me. Last time, it was the astonishing A Single Man and this time it’s We Need to Talk About Kevin.

I find it kind of hilarious that’s always a film that reminds me what literary fiction is capable of, and that’s because it’s such a challenge for film to show the interior lives of its characters. It’s possible, obviously, but film is inherently a visual medium. Seeing a film push itself to its limits to convey what prose can do without breaking a sweat necessarily reminds me of the difference between the two mediums.

To this end (and to better mimic the first person letters that the novel consist of), Lynne Ramsay creates a nonlinear and nightmare-esque film. We open on a billowing curtain, heralded by a creepy, stuttering sprinkler off-screen, before cutting to Eva Khatchadourian at La Tomatina long before the events of the film. Ramsay revels in the physicality of the festival, as well as its luridly red color. Ramsay’s We Need to Talk About Kevin adores the color red, even going so far as drenching the home of its protagonist in red paint, forcing her to clean it off and drench herself in it. In the wrong hands, it could be incredibly heavy-handed, but Ramsay’s point is not simply recalling blood, but highlighting how the smallest sensation can trigger a hideous memory.

Especially if that memory is of something as traumatizing as your only son committing a school shooting, your community blaming you for it, and you petrified of what having a murderer for a son means about yourself. As Eva attempts to find peace in the present, two years after the shooting, the film alternates that, based off of her triggers, with the trial of raising Kevin. Are Kevin’s actions her fault, for her lapses in parenting, or was Kevin capable of evil from the get-go? One juxtaposition implies Eva wondering if it wasn’t the specific union of herself and her husband that created a murderous sociopath, although their second child disproves her theory. The film falls a little heavier on the side of nature than the ambiguous conclusion of the novel, but Ramsay is less interested in why Kevin is the way he is and more interested in what responsibility a parent has for the actions of their child.

What complicates Eva’s relationship with Kevin is how similar they are—moody, serious, and slightly suspicious of human connection. (The only times Eva trusts other people—that her husband will be happy that she’s pregnant again or that a co-worker warming up to her actually likes her—she gets burned.) The connection is made explicit in an early scene, where Eva, plunging her face into water, briefly imagines that she is Kevin, but it comes out in a thousand different ways. Delicately boned Swinton and the lushly gorgeous, sculptural Miller don’t particularly look much like each other, but attention is devoted to their shared medium-length, dark hair and brown eyes. This goads Eva into thinking that she understands, on some small level, her son, but it doesn’t. Kevin is wholly inaccessible, from day one. While Miller is brilliant in the role, layering Kevin’s mask to the world over something truly dead inside, it’s Jasper Newell as young Kevin that makes more of an impact. It’s startling enough to see a child enact Kevin’s cruelties and his supreme powers of manipulation, but it’s heartbreaking to see Eva mistake an important development in Kevin’s sociopathy—when Eva reads Kevin a story of Robin Hood and Kevin responds to its violence—as a moment of connection.

As Eva revisits all of these moments, we know that she’s asking herself what she could have done. Early in the film, her husband catches her telling young Kevin, who refuses to speak, that she was happier before he was born; later, so infuriated with his hateful, willful nature, she accidentally breaks his arm. (Horrifyingly, it’s the one thing she ever does that makes Kevin see her as different from the rest of the world and worthy of being his audience.) But what truly elevates the film is that, in its final moments, it stops asking what Eva could have done and starts asking what she can do in the here and now. What she does do is not particularly healthy, but it does bring home the unavoidable fact that Kevin, in all his atrocity, is hers.