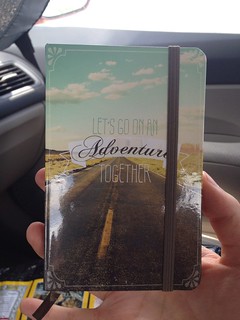 I was cagey last week about what’s going on in my life right now. I could be cagey now, but seeing how next Sunday will find me in the thick of it… I’ll just let you know: Operation New York is go.

Rachel and Miles X-Plain the X-Men, my current favorite podcast, just started a Patreon campaign so they can start doing cool extracurricular activities related to the podcast! THROW MONEY AT THEM.

And while we’re in the Marvel Universe, here’s a better look at the new Thor’s costume, as well as Thor classic. (I mean, I know he’s not going to go by Thor anymore, since that is now the title of whoever wields the hammer, but I would like something different to call him. You know what, I’m going with Donny Thunder until we get something better.)

The rumor mill states that Gwendolyn Christie will be playing an Imperial officer in Star Wars: Episode VII, hunting down a rogue former Stormtrooper played by John Boyega. Christie would be perfect as an unstoppable villain. (Until she is redeemed through her love of Lady Kenobi! Christie and Nyong’o Versus the Universe lives!)

Agent Carter has revealed its supporting cast, including a disabled ally of Peggy’s, the original Jarvis, and her best friend Angie Martinelli. This is happening, oh my gosh.

Speaking of Peggy Carter, she’s going to make an appearance in Avengers: Age of Ultron. I assume this scene will break my heart into a thousand pieces.

Jam of the week: Moko’s “Your Love,” a nineties house dance throwback that is pitch perfect.

Matt Fraction talks about how his own dog inspired Hawkeye’s Pizza Dog. Warning: you will cry.

Speaking of Matt Fraction, Hawkeye recently suffered some significant ear damage in his self-titled series, so Fraction and company are incorporating American Sign Language into the story.

Credence is an independent sci-fi short film about two fathers having to make the heartbreaking choice of letting their daughter evacuate Earth without them for a chance at survival. You can support the project at IndieGoGo, but they’ve already raised enough money to finish the film and distribute it in a very visible way. Yay!

I’ve always wanted to go to WisCon, so hearing about this is just sad and rage-inducing: WisCon’s tepid approach towards a pro known for harassing women.

To celebrate fifty years of Star Trek, St. Martin’s Press is releasing a massive oral history of the series in 2016. Be still, my heart.

Sound on Sight has a very interesting article about the age-old debate over who owns Star Wars and why the original trilogy’s original theatrical cuts are not available on DVD. It’s a topic that’s been covered before, but this is the first time I’ve seen George Lucas’ views on preserving cinema brought up:

A particularly strange wrinkle in this debate was put forth by George Lucas himself on March 3rd, 1988. In Washington D.C., Lucas was one amongst a group of filmmakers and Hollywood personalities (including Steven Spielberg, James Stewart, Woody Allen, John Huston, et cetera) who spoke before Congress, protesting the colorization of classic black-and-white films. The arguments Lucas puts forth are eerily close to those who speak in favour of preserving the original Star Wars. Lucas (circa 1988) believed that “American works of art belong to the American public; they are part of our cultural history.” Lucas makes an impassioned plea for the protection of cultural artifacts, a position that directly contradicts his future actions: “People who alter or destroy works of art and our cultural heritage for profit or as an exercise of power are barbarians, and if the laws of the United States continue to condone this behavior, history will surely classify us as a barbaric society.” Lucas implored for the preservation of original prints of films. “In the future,” he presciently cautions, “it will become even easier for old negatives to become lost and be ‘replaced’ by new altered negatives. This would be a great loss to our society. Our cultural history must not be allowed to be rewritten.”

Have a .gif set of Lucy Liu as Jane Bond and her supporting cast, including Natalie Dormier in a non-villainous role as Q and Rami Malik as Moneypenny. (Rami Malik should be in everything. He is a gift, I tell you!)

Jos at Feministing argues that any visibility is not good visibility, especially when it comes to trans women:

It’s important to recognize, as many trans folks have said before me, that visibility won’t feed or clothe or house you. Humanization is an important part of the broader project of fighting for transgender liberation. But visibility in and of itself is not a positive value, particularly if what’s visible is just more tired stereotypes.

Ana Mardoll explores why Twilight works so well as a romantic fantasy but still remains a problematic fantasy.

San Diego Comic Con is raging RIGHT NOW. The best of what I’ve heard so far:

Books
Purchased: None
Added: The Fifty Year Mission by Mark A. Altman and Edward Gross (via io9)