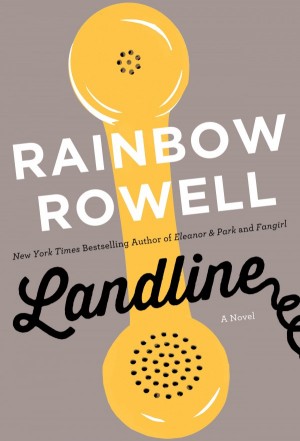 When it comes to brass tacks, the difference between young adult and adult fiction is an issue of intended audience, not of genre. What gets them designated as young adult (and therefore placed into the hands of actual young adults) is what the literary gatekeepers of our society (publishers, booksellers, librarians, parents) think young adults want to read. Whenever I bring this up, I always point out that Malinda Lo’s graceful Ash, a queer retelling of Cinderella, was originally pitched as an adult novel but was published as a young adult novel. And, last fall, I shelved The Hobbit and Ender’s Game downstairs in young adult fiction and upstairs in speculative fiction at the bookstore. (I mean, we still do, but we don’t have an upstairs anymore.)

However, there’s no denying that there’s enough similarities in style, form, and content in the aggressive tidal wave of young adult fiction of the last two decades to make the argument that there is a genre being generated within that age range. The conflation of those two—the audience and the emerging genre, which has no handy moniker beyond “young adult fiction”—is the reason new adult fiction, despite differing from the emergent genre in that its characters are slightly older. I don’t think the genre is cohesive enough, but Rainbow Rowell’s novels are an argument for it as a cohesive, coherent genre that spans audiences.

Technically, Rowell has written young adult (Eleanor and Park), new adult (Fangirl), and adult (Attachments) novels. Of her three previous novels, I’ve only read Fangirl. Setting aside my mixed feelings about representing the eponymous fangirl without, largely, fandom, Fangirl was engaging, readable, and fun. It boasted a cast of characters that I loved and wanted to know about, especially Reagan. (I have a huge crush on Reagan.) In the context of other young adult novels I’ve read, Fangirl’s specific style more or less escaped my notice.

But Landline exposes them by transposing them to the story of a woman trying to knit back together her marriage via a strange series of calls she makes to her husband—calling from the future to the past, the week before her husband proposed when they were in college. The content would suggest, perhaps, romance fiction or literary fiction. But Rowell’s authorial voice in Landline is the same as her authorial voice in Fangirl. It’s zippy, quippy, and engaging. I spent the last hundred pages gulping this down, desperate to find out what happened next. And that, to me, is the heart of the genre emerging from young adult fiction—something slick, like good television comedy.

Landline and Fangirl share many of the same strengths, but Landline has a few unique weaknesses. Fangirl’s length and smaller scope—a young fan’s turbulent first year of college versus a decades-long marriage—allowed Rowell to dig deeper into her characters, while Landline occasionally sketches. Georgie, our heroine, is a comedy writer torn between her work and passionate partnership with co-writer Seth and her family, especially her relationship with her husband, Neal. She’s realistically sketched, but sketched nonetheless. We only ever see Georgie in (hilarious) crisis, so we never get to fall in love with Georgie as a character in her own right until two-thirds of the way through the novel.

But it’s at the point that Rowell doubles-down on the emotional lives of Georgie and Neal, showing, in a single conversation, why they’re both perfect for each other and why they’re so frustrating to one another. The supernatural situation Georgie finds herself in gives her an opportunity to reevaluate not only their marriage, but the concept of binding yourself to another person for life and the compromises and sacrifices inherent in that. The novel is a hint too short and kinetic to delve into it at any great length, but the fact that a novel about rebuilding a marriage questions these concepts is wonderfully heavy.

I just wish that kind of care and dedication had been given to Georgie’s professional life, which is left up in the air at the end of the novel. Writing her own sitcom has been Georgie’s dream since before she met Neal, but the events of the novel seem to indicate that Georgie is now willing to compromise on her career in a way she didn’t before. There are other reasons for Georgie, including her daughters, but I just wish she’d had a scene where she got, at least, a game plan together on that. And that’s because Rowell creates such engaging characters; I wanted Georgie to succeed.

It doesn’t help that one of the biggest conflicts in Georgie and Neal’s marriage is her relationship with Seth, her co-writer. Neal is jealous of Seth, even though there’s nothing to be jealous of. In writing this review, I’ve realized that Seth is a manifestation of Georgie’s career to Neal, but the novel never goes so far to explicitly say this. Given the sad dearth of platonic relationships between men and women in media, I just wish that Georgie and Seth’s relationship had been framed slightly different. It would have enriched the novel, short as it is, a little bit more.

Ultimately, I prefer Fangirl and its more developed characters, but Landline has a lot of fun and heartfelt moments without ever feeling too saccharine for belief. And there’s even a swoon-worthy lady type for me, continuing what is now apparently a tradition of crushing on Rowell’s side characters—namely, the pizza girl, who plays a role in one of the novel’s funnier and sweeter scenes.