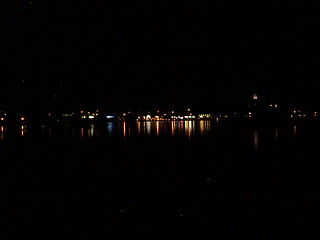 You know that whenever I get a day off on an actual weekend, it’s time to throw money at the Alamo Drafthouse Cinema. I watched The Sandlot with them last night at a free outdoor screening, and I’m off to watch 22 Jump Street today.

Jackie Chan’s next film will be the Chinese language Dragon Blade, a historical epic about ancient China and a band of Roman soldiers who are there searching for a lost legion. Ancient culture clashes from non-Western perspectives? I’m down.

I’ve seen clips of Brother to Brother, a film about a young gay black man discovering the queer legacy of the Harlem Renaissance, before, but I never realized Anthony Mackie played the lead! Fantastic.

The first image for Disney’s Descendants, a Disney Channel Original Movie that’s basically Ever After High, is here. Oh, man, this is going to be so much fun.

At The Dissolve, Noel Murray ponders the monoculture, its demise, accessibility, and how we come to know of certain artifacts with the help of the website’s awesome commenters:

Sometimes I presume that the younger generation doesn’t care about the pop culture staples of the past as much as my generation did, but then I realize that one reason I know a lot of what I know is because certain older movies, TV shows, comics, and albums were omnipresent when I was growing up. For example, last month, Rolling Stone ran a listicle called, “40 Albums Baby Boomers Loved That Millennials Don’t Know,” and while I clicked in expecting a fairly obscure list of records, I was surprised to find that most of the albums on that list were pretty huge deals even for post-boomers like me: albums like Supertramp’s Breakfast In America, Tina Turner’s Private Dancer, and the Cars’ self-titled debut album. Those albums all came out before I turned 14—which I tend to identify as the age when kids really start to discover “their” music—but their songs were still all over the radio, so I didn’t have to work hard to know them well. Similarly, I knock younger TV fans sometimes for not knowing as much as they should about the likes of The Honeymooners and The Mary Tyler Moore Show, but then I remember that those shows aren’t the only thing on TV in the afternoons and late nights any more, like they were when I was a lad. I know a lot about Barney Miller because when I was a kid, Barney Miller was what was on.

Mychal Denzel Smith at Feministing ponders masculinity and how to define a new masculinity that doesn’t define itself against women or queer folk.

Athena Andreadis turns a critical eye on Greece and Hellenic heritage in Anglosaxon-created fiction. A much needed disruptor.

Aja Romano and Gavia Baker-Whitelaw team up to create the only fanfiction demystifying article you will ever need—and one that’s on our side!

Essential reading for pop culture critics: “Literary and Critical Theory are for Everybody: 101,” which breaks down the history and major schools of literary and critical theory in a very accessible, quick way. (I’m a reader-response theorist myself.)

Practically perfect in every way Anne Helen Petersen writes about the joys of reading like a teenager—namely, reading like you have unlimited time and no responsibilities. This made me think about how some activities are frowned upon and socially policed because they’re not “productive”, with productivity being the basis of morality in a capitalistic culture. Fascinating.

Vanity Fair proposes some queer remakes of classic Hollywood romcoms. For the most part, it’s pretty basic, but the proposed Mothers of the Bride—wherein a middle-aged feminist lesbian couple with a dim view on the patriarchal aspects of weddings are faced with their daughter’s whole-hearted embrace of the same—sounds amazing.

At The Mary Sue, Susana Polo teaches us how to buy comics. I don’t have enough extra scratch at the moment to be buying single issues, but when I do, the pull list is on.

The Switch is a fantastical transgender comedy television show that’s looking for backers on Kickstarter. And they already have a pilot shot and everything (including casting actual trans people as trans characters, whatta concept, Hollywood), so there’s definite potential. Throw some dinero their way!

Nicole Antoinette reminds us: “Success isn’t like cake – there’s no such thing as someone grabbing the very last piece.”

I am very excited for Into the Woods to hit the big screen, but cutting out “Any Moment”? And letting Rapunzel live? Somebody is denying me Emily Blunt and Chris Pine making out, and I am very displeased by this.

MTV wants to pit fandoms against each other in the mtvU Fandom Awards, which will be a thing that will air on television. The Mary Sue is, understandably, peeved. Attempts to monetize fandom or use it for publicity by corporations fascinate me, largely because they misunderstand what draws people to fandom. It’s not competition; it’s love.

The Sims was a very large part of my childhood, so this article on how same-sex relationships came to be included in the game—originally axed, but saved through sheer technical serendipity—is quite sweet.

There’s a minuscule chance that the comics version of Agent Coulson might be not totally adverse to a relationship with a gentleman, courtesy of shapeshifting queer teen hero Hulkling. Ball’s in your court, Marvel.

Rian Johnson, director of Brick and Looper, is handling Star Wars: Episode VIII and Episode IX. Given my distaste for Abrams and the recommendations I have about Johnson’s work, I am intrigued. I will only be overjoyed if he creates Christie and Nyong’o Versus the Universe, wherein rough and tumble Lady Kenobi and Princess Christie must use all their wits to escape a galaxy full of adversaries! (They’re basically my favorite combo right now.)

Rosario Dawson has joined Daredevil! Will she be Elektra? Will she be a new character? Whoever she is, she’ll be a welcome addition to the current roster of the universally awesome Marvel Cinematic Universe ladies.

Purchased: None
Added: The Summer We Got Free by Mia McKenzie (via Brit Mandelo)