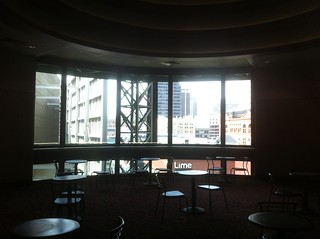 This has actually been a huge movie week at the Floating Domicile—I’ve seen three movies since last Sunday morning. I still need to get on top of my reading a little, but I think I’ll get there this morning.

A trigger warning is not a rule, it’s a tool. It does not demand that we withdraw from topics that are taboo or traumatic, but rather suggests that we approach such topics with greater empathy, greater awareness that not everyone reads the same way.

Steven Moffat takes credit for Neil Gaiman canonizing the much-assumed ability of Time Lords to regenerate into any sex or gender, complains about the creative limits of imposed quotas, reveals that Peter Capaldi was the only one who ever auditioned for Twelve, and is generally his usual grumpy self. Yurgh.

Trans lady rocker Laura Jane Grace and Arcade Fire had a debate over their decision to have Andrew Garfield play a trans woman in their video for “We Exist”. (The video’s description merely states that Garfield’s character is genderqueer, but the AV Club article has more information.) Arcade Fire proposes that having such a high profile actor affirm queer identity is important; Grace points out that this is a prime example of a platform for a trans woman being taken by a cisgendered man.

Tor.com’s Emily Asher-Perrin proposes that X-Men: Days of Future Past is about Charles Xavier learning to see Mystique as a person. I don’t think the film goes far enough with those themes, but the basic elements are there. (Also, Charles Xavier is not a very nice man.) It’s an interesting read.

Pound the alarm: LeVar Burton is Kickstarting a new generation of Reading Rainbow. The goals are solid and the pledge rewards are great, from sending Burton to a school for an assembly to having a private dinner where you get to wear Geordi’s visor. My whole brain is crying, y’all, and that’s just from Burton staring majestically into the distance on a graphic entitled “Our Vision.” (It has reached its funding goal, but throw more money at it, by all means!)

Amy Poehler’s book Yes Please drops October 28th. I anticipate that my tears will start when she talks about joining Saturday Night Live and becoming besties with Seth Meyers.

Fifty Ways to Get a Job is a website that breaks down the job search into bite-size increments. It’s a nice kick in the pants for when you’re stuck.

Or there’s the, “well we have to separate his personal life from his works” defense. Yes, because as writers we slip out of our skins, wipe our brains blank and pluck ideas from some non-personal non-reality based ether. In reality, understanding Lovecraft’s personal bigotry sheds profound insight into his writings. His racist fanaticism, eugenic pseudoscience and xenophobia lay behind the many horrors and unknown encroaching fears in his works, all lurking on the edge of human existence and threatening utter destruction.

I’ve been bummed since the demise of Seattle’s Science Fiction Museum, which I had the pleasure of visiting as a budding geek. The Hollywood Sci-Fi Museum aims to fill that gap. Its Kickstarter envisions a museum filled with fictional robots, real robots, ship models, and exhibitions about special effects, among many others. Oh, man, one of the rewards is dinner with Jane Espenson. I am writhing in jealousy.

Tumblr user nakedsasquatch argues that the 1997 George of the Jungle film is a rare film focused on the female gaze. Accepted!

Jam of the week: Kiesza’s house dance nineties throwback “Hideaway.” Pull those jeans up to your waist and work it.

Tony Zhou analyzes Edgar Wright’s films to praise how he does comedy in every part of a film, not just the dialogue. It’s a fantastic look at his filmography and how inventive his sense of humor is.

The Exercist explodes the idea of natural as good and artificial as bad in foodstuffs, pointing out that breaking an apple down to its chemical components also involves unpronounceable chemicals:

No one here is arguing that the above posted breakfast cereal is inherently and always going to be “better” for you than an apple. That would be ridiculous. But it’s also silly to say that an apple is automatically better just because it isn’t man made (which most sort of are, considering the history of orchard cultivation and grafting, but that’s for another post). What I’m saying here is that this “Chemicals are bad! Natural is good!” method of thinking is such a simplistic and dumbed-down way of looking at food. Don’t label foods as good or bad for everyone just because your eyes glaze over at any ingredient list longer than two syllables.

Use technology and medical advances to your advantage! You don’t have to blindly eat what you find in nature anymore. We’re beyond that stage of civilization – Don’t let science frighten you.

Diversity Cross Check is a tumblr devoted to connecting writers with individuals from marginalized communities for research purposes! Genius.

A pair of Finnish designers have teamed up with a breast cancer survivor to create deliriously glam swimsuits for single-breasted lady types. Gorgeous!

Josh Brolin has joined Avengers: Age of Ultron as Thanos. The cragginess levels are on point, at the very least.

The Mary Sue commenter HamsterMasterSamster succinctly eyerolls at Steven Moffat’s idea that having a lady Doctor would be “political”: “Being a woman is not a political stance.”

Purchased: None
Added: The Night Bookmobile by Audrey Niffenegger (via my friend Rosie), Necessary Dreams by Anna Fels (via The Good Girls Revolt)