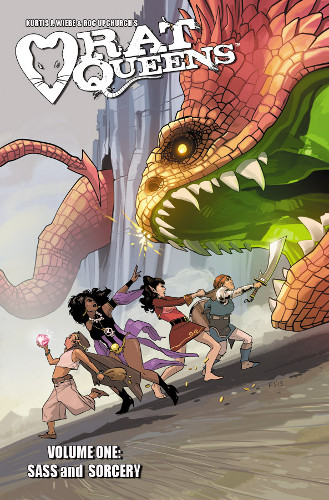 Out of all the films in Tom Cruise’s filmography that I haven’t seen yet, Legend is the one that intrigues me the most. While Cruise has been involved in a lot of genre fare, it’s his only fantasy outing. Plus, it came out in 1985 and features Tim Curry as Satan, so I’ll probably adore it. It sounds like old school fantasy at its finest. For me, that’s fantasy produced from 1977 (Star Wars is science fantasy, y’all!) to 2001 (when The Lord of the Rings: The Fellowship of the Ring legitimized fantasy in mainstream eyes to a certain extent), as codified by Dungeons and Dragons. It’s your Standard Fantasy Setting, but something about those specific dates make it work for me. (I’m probably romanticizing the idea of listening to Iron Maiden while reading The Lord of the Rings on your parents’ roof in 1994, but hey.) Past those dates, however, and my tolerance for the lack of diversity to be found in your Standard Fantasy Setting becomes nil. Heck, there’s diverse stuff to be found between my extremely scientific dates, so there’s no excuse.

Which is where something like Rat Queens comes into play. Rat Queens is a madcap, vulgar, and lady-focused take on your Dungeons and Dragons fare, thoroughly amused by its source material even as it takes it seriously enough to generate organic conflicts for its characters. The plot here—or, at least, collected in the first five issues of the comic—is pretty thin. The Rat Queens, a group of lady adventurers, are arrested again for brawling in the streets of Palisade. They and the other groups just like them are assigned fetch quests, but those turn out to be traps meant to wipe out all the adventurers in Palisade. The thin mystery is answered by the end of the fifth issue, but, while the solution is a fun idea, it’s not what you’re here for.

What you are here for are the characters, and they deliver. Each Rat Queen is described in perfect roleplaying game character generator fashion: Hannah the Rockabilly Elven Mage, Violet the Hipster Dwarven Fighter, Dee the Atheist Human Cleric, and Betty the Hippie Smidgen Thief. (Smidgens are halflings.) Like any good role player, Wiebe turns these traits into organic, believable characters. (Well, they’re certainly more violent and vulgar than most, but believable nonetheless.) Hannah is a loud-mouthed attention seeker from a privileged family; Violet has turned away from dwarven culture; Dee was raised by N’rygoth cultists; and Betty is a hedonist with a heart of gold, if not much tact.

Of the four, it’s Violet and Dee who interest me the most, and it’s because of their relationships with their families. Wiebe’s come up with a good reason for why Violet doesn’t have a beard—she shaves. Late in this collection, Violet’s brother turns up, and hints at the major falling out Violet had with her family. She then laments that beard shaving used to be a major symbolic action, but has turned into trend. Dee’s relationship with her family is less painful, but also more complicated. Having been raised by N’rygoth cultists, she confesses her agnosticism to her mother before setting out to see more of the world. Watching Dee’s mother embrace her while reminding her that, even if Dee doesn’t believe in their bloodsucking squid god, he certainly believes in her, is Rat Queens in a single panel—finding the humor and heart in its characters and setting. Plus, Dee’s struggle with her faith or lack thereof is complicated by the fact that she does live in a magical world, making it something to watch as the series progresses.

Besides the Rat Queens, the side characters are also quite affecting. Sawyer, the Captain of the Guard, is an engaging and hunky presence (per Hannah’s view of the situation), but it’s Braga, the orc muscle for a competing group, who really stole my heart. (Mowing down an enemy bellowing about how she’s been shot in her favorite boob is, apparently, the way to said heart.) She’s a towering, powerful lady, and completely presented as being just as attractive as any of the other characters: witness her delighted banter with the cutest of the Four Daves, the other group that survives. She’s so cool that Violet, who struggles with coming up with good lines for battle, admires and envies her.

And the icing on the cake is that everybody in this book looks realistic. Even Betty, who might shade into childish territory, looks perfect, from her blonde dreads to her lack of bra to her wide ears. The clothes aren’t painted on; the body types are nicely diverse; and everybody looks comfortable. For a book that is pretty violent and sexual, it’s almost a relief to see realistic bodies on the page to combat the usual depiction of ladies in comics.

Bottom line: Rat Queens is thin on plot, but long on memorable female characters that are drawn, quelle surprise, like human beings. (Even if only one of them is human!) A promising start; I hope it goes far.

4 thoughts on “Review: Rat Queens — Volume One: Sass and Sorcery”