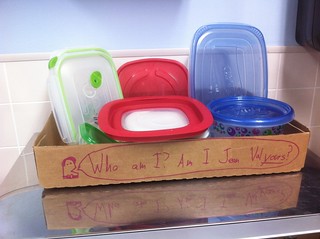 AGENT CARTER IS GO, EVERYTHING IS PERFECT. This news was so exciting that I texted people at 2 AM about it, who texted me in revenge at 6 AM. Bless.

I’ve been running largely on fumes this week, as my above contribution to the break room at work can attest. I’ll be all moved into my new place next week, so I will eventually get back to remotely rested. 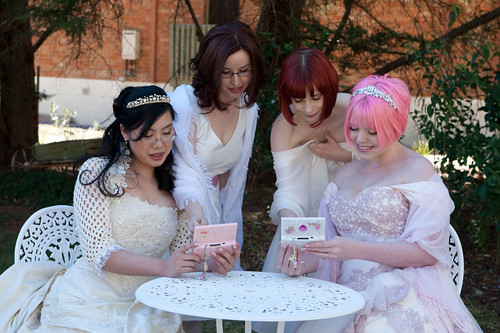 This girly geeky lesbian wedding is so sweet it makes my teeth hurt. Adorable!

Hey, remember that Disney Channel Original Movie Descendants, about all the kiddos of Disney’s greatest villains? Kristin Chenoweth will be playing Maleficent. Now, I love Chenoweth, do not get me wrong, but I am just really, really confused.

The Dissolve’s Feedback feature, which highlights great commentary by its community, is awesome. This week, they codified commenter Umatic Purgatory’s David Thewlis Rule:

Filmmakers: Don’t put Matthew Goode in your movie only to have Matthew Goode walk out of your movie. It only makes me spend the rest of the movie wishing he were in it. It’s what I call the David Thewlis Rule. (Seriously, try watching a movie Thewlis only appears in a little of. It’s torture.)

After the experience of putting together Speculative Fiction 2013, the Book Smugglers are starting to publish short stories! Details over at their pad.

At Oh Joy Sex Toy (NSFW ads, friends!), Allison “Mu” Jones talks about her childhood genderbending of video game characters to find a place for herself and proposes the new term spectrumsliding, to indicate the same thing without any binary assumptions. Term accepted! I find this particularly affecting because I was in Jones’ spot as a kid. But I was never imaginative enough to transform these characters; I just identified with the characters that looked and behaved the most like me—Link and Legolas, particularly.

New Jersey abortion counselor Emily Letts filmed her own abortion in order to demystify the process. Letts discusses her reasons for doing this in the short video—chiefly, the women who tell her that they feel guilty about their abortions because they assume that it is an inherently guilty procedure. That’s horror, right there, that women think that exercising control over their own bodies is something to feel guilty about.

tumblr user scifigrl47 breaks down why Black Widow is considered “eye candy” and Batman is considered “realistic” according to standards of Mary Sues:

If you’re male, especially white, het, cismale, canon provides you with ‘approved’ self inserts. Characters that are obviously superior, because they’re canon. Female characters with similar traits are thin on the ground, and when they do appear, they are often met with resistance, DESPITE being canon. (please witness all the goddamn reviewers calling Natasha “eye candy” and “sex appeal”).

And when the do appear, their ‘appeal’ is typically structured more towards making men want them than making women identify with them.

DC’s taking their heroes and ripping them apart. Literally. There’s no attempt to connect with the reader on an emotional level and that’s what pisses me off. What’s worse, it sells like hotcakes. People buy this shit. They see that dark sells (see also: Man Of Steel), so they push dark. The Joker cuts off his face, so mutilation sells. You’ve got the game Injustice: Gods Among Us, so violence sells. It’s fucking making them tons of money, but it’s taking away the heart of DC. The inspiration, the heroism. The part of the universe that hooked me as a child of four and kept me reading my entire life. Their target audience is the teenaged/young adult male who loves gore and mutilation and murder, the same audience who somehow thinks it’s okay to send rape threats to someone who criticized a fucking comic book cover for being shitty. They are actively targeting the audience who are acting like total fucking assholes. And it’s selling.

High school students on the Neshaminy High School’s newspaper have vowed not to print the word “redskin,” which is also their school’s mascot, because it’s super racist. And the school board is going to overturn it. The arguments from those wanting to overturn it are both eye-opening and cringe-inducing.

George R. R. Martin defends his use of rape in A Song of Ice and Fire by pointing to historical precedent. On the one hand, I think Martin uses it in the books a lot better than the show does. On the other hand, I like how historical precedent is used as an argument to preserve sexual violence and racial homogenity in a novel that includes dragons and zombies. And by like, I mean vomit.

ABC also greenlit Galavant, a weekly musical comedy featuring the music of Alan Menken. I expended all my excitement on Agent Carter, but I’m also delighted that this will exist.

This week’s AVQ&A asks the editors what their cultural dealbreaker was. I expected specific answers about media properties, but most of them say that their dealbreaker is not critiquing pop culture or being open to new experiences. Awww!

The late eighties to aughts .gif art of Mark Ferrari is a wonder to behold. And it’s so soothing, although that might be because Warcraft II was an integral part of my childhood.

Which is what happens, when you let benevolent sexism invest you in the idea that women are humanity’s moral guardians and men its native renegades: because if female goodness is only ever an inherent quality – something we’re born both with and to be – then once lost, it must necessarily be lost forever, a severed limb we can’t regrow. Whereas male goodness, by virtue of being an acquired quality – something bestowed through the kindness of women, earned through right action or learned through struggle – can just as necessarily be gained and lost multiple times without being tarnished, like a jewel we might pawn in hardship, and later reclaim.

Larry Wilmore will take over Stephen Colbert’s soon to be empty slot on Comedy Central with The Minority Report. Word is that the show will be a panel discussion, featuring diverse comedians, which would be awesome. I love it already.

The Wire’s Reg E. Cathey will be playing Dr. Storm in the new Fantastic Four, where he’s the team’s mentor. And also the head of the first multiracial superheroic family onscreen. Aw, yeah.

Roberto Orci might direct Star Trek 3. Aja Romano at the Daily Dot runs down the reasons why that would be awful.

Pemberly Digital’s next production? Frankenstein M.D., which updates Frankenstein by focusing on a Victoria Frankenstein frustrated by the male-dominated field she works in.

Upper One Games is the first video game company in the US owned by indigenous people. Their first game, Never Alone, comes out this fall, and tells the story of an Iñupiaq girl in the Iñupiaq language.