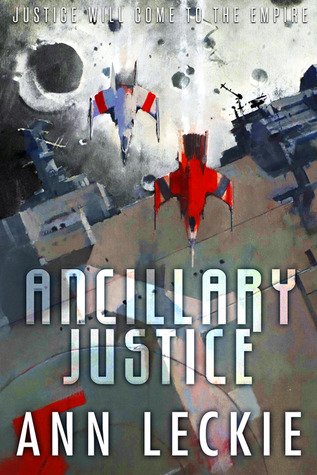 Ever since Netflix pulled the majority of Saturday Night Live’s back catalog (soul-crushing ennui!), I’ve put a little more oomph into my other big media project: watching the entirety of Star Trek and slowly growing more and more disenchanted with J. J. Abrams’ rebooted films. I’m in season three of Star Trek: The Next Generation right now, which I am loving. It balances very interesting, philosophical questions that can only be asked in such an imaginative setting with a hearty dollop of nuttiness. The episode that’s waiting for me on Netflix right now, “The Most Toys,” finds Data captured by a collector who sees him only as an object, not a sentient being with agency and choices. Of course, the episode also points out that this is complicated by the fact that Data is a military man, and even has the collector ask if Starfleet is all that it seems.

That’s the kind of science fiction that I both adore and find most accessible: those that explore questions that everyone can care about, like how do you recover from the death of a parent, what would you do for family, and what makes a man? The setting is, obviously, important—there are questions that cannot be asked and assumptions that cannot be examined in a contemporary or historical setting—but its the human element that anchors the whole thing.

Which is why I find hard sci-fi such a hard sell. I am beyond delighted that it exists, because it’s very necessary, but my lack of background in technical fields keeps me from engaging with it wholeheartedly because I find it extremely difficult to visualize. This is also why I tend towards televisual science fiction; that groundwork is done for me. (Conversely, my background in literature and economics makes Worldbuilder’s Disease in fantasy extremely annoying, but a lot easier to comprehend. Also: I love a good fantasy map.) Ann Leckie’s debut novel, Ancillary Justice, is not exactly hard sci-fi. It’s more space opera than anything else. But I link the two together because, for much of the last third of the novel, I found myself floundering, unable to ground myself. This, obviously, does reflect on Leckie a little, but it mostly reflects on me and my inexperience with space opera as a genre. I don’t think Leckie should get dinged for that.

And, in any case, what Ancillary Justice does best are two things that I am intensely interested in: disrupting and examining gender in speculative fiction and sentient ships. The novel follows Breq, who was once the ship Justice of Toren and composed of many, many minds. After being betrayed by the Lord of the Radch, every part of her save one body died, trapping her in a human form. Her quest to revenge herself is complicated when she runs across one of her previous officers almost dead and suffering from drug withdrawal on a icy planet. She helps the officer, against her better judgment, and the officer rewards her by getting completely tangled in Breq’s mission.

In flashback, we see Breq as a many-bodied hive mind, satisfying my curiosity about what that kind of life would be like. (It is a little undercut by the ending, wherein Breq is rewarded with a ship. Does Breq want to become a ship again?) But, deservedly, the novel’s work with gender gets the most attention. The Radchaai (and their ships) have no gender system, preferring instead a byzantine house and client system. But the novel opens on a planet with a gender binary system, which frustrates Breq, who has seen so many gender binary systems using conflicting cues that she inevitably messes up her pronouns. And, like all Radchaai, Breq uses “she” and “her” as a gender neutral pronoun.

Now, obviously, there are some problems with that, as Alex Dally MacFarlane points out in her Post-Binary Gender in SF column. “She” and “her” are, from our perspective as readers, decidedly not gender neutral, so it ends up feeling a little like The Left Hand of Darkness, which uses male pronouns as gender neutral pronouns. Because of that, Leckie’s intent gets muddled; I didn’t see the characters as gender neutral, but as female. As MacFarlane points out, there are plenty of non-gendered pronouns available for use if gender ambiguity or irrelevance is what you’re truly going for.

But I still really enjoyed reading a novel where everything defaulted to female pronouns. While I couldn’t shake gendering Breq and Seivarden (my fault, not theirs), it worked brilliantly for supporting characters, giving me the incredibly rare opportunity to read a novel where gender did not matter one whit but male was never treated as default. MacFarlane concludes her article by calling for more speculative fiction books like this that grapple with gender, and I must echo her.

Bottom line: Ancillary Justice is a little too densely space opera for me to fully engage with, but its determination to grapple with gender is admirable, although the execution is a little flawed. Still, when was the last time you read a novel where gender didn’t matter but male wasn’t the default? If you’d like.