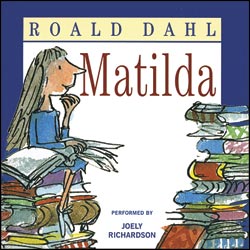 Roald Dahl was one of the first authors I was aware of. He was not passed down to me by my Anglophile mother, but stumbled across in school at practically every turn. In third grade, there was a copy of The Twits in the classroom, which I promptly stole. (Before puberty, I had an extraordinarily loose grasp on ethics and morality. After puberty, I was anxious and angry all the time. I know which child self I’m teaming up with should the need and time travel arise, although Lord save me from those damned bangs.) In middle school, there was a copy of Roald Dahl’s Boy in one of my classes that I read over and over again, soothed by the format and just how British it all was.

He seeped into my consciousness enough that I occasionally confused his military experience with Antoine de Saint-Exupéry’s, who was a much more regular presence in our French-American military household. I became confused by books who bore illustrations by Quentin Blake that were not by Raold Dahl. (I must stop to reference possibly one of the only clean jokes in The Thick of It, wherein Malcolm Tucker asks for Ollie Reeder by describing him as looking like a Quentin Blake illustration. Well, I say jokes, but they’re usually passive-aggressive statements or baroque threats. They’re hilarious nonetheless.) Eventually, it passed, leaving only a pleasant, British memory behind, like falling asleep while my mother was watching episodes of Poirot on PBS’s Mystery!.

“Did you know that Roald Dahl was an asshole?” a friend of mine asked me in college. We were sprawled out in her apartment; I was on the floor, trying to soothe my upper back by propping it up against a chair. I blinked up at her, and she told me the whole story of how Dahl had cheated on his wife, a stroke victim recovering under his care, and verbally abused his children. How, my friend asked, did a man like that write such lovely, lovely books?

And that question is never more pertinent than with Matilda, which expressly and explicitly deals with child abuse. The bookish Matilda is neglected and hated by her parents and left to compose herself through books from the Western canon selected by the gentle librarian Mrs. Phelps. Because books are superior and all media is trash (careful, Mr. Dahl, you remind me of Mr. Lewis), Matilda is, more or less, perfect: smart, clever, humble, and always ready and willing to give as hard as she gets. And because she’s a tiny child ruled by fickle, irrational adults, she needs an extra boost, thus her formidable mental abilities. It’s the ultimate fantasy, really, where Matilda can manage her parents’ outbursts, scare the most terrifying authority figure in her life right out of the country, and find her true family—Miss Honey.

It’s sweet and playful, especially when placed back in its original context. Like many small children of the nineties, I have vague but warm memories of the film adaptation, which relocated the action to America. But the pranks the children pull seem much more of a piece with what little I know about the British educational system, which has been supplied entirely by Harry Potter and Boy. In particular, the tiny Matilda and Lavender gazing up in amazement at Hortensia, a ten year old veteran of tormenting Miss Trunchbull, is marvelous. (It’s quite a lady-led book, in fact, with the central relationship being between Matilda and Miss Honey.) But does all of that survive Dahl the man?

I’m tempted to say yes. Despite a recent fandom!secret decrying fandom’s adoption of Barthes’ “The Death of the Author” (at which I had a long and hearty laugh), that marvelous knife cuts both ways. (And not just because Dahl is actually dead.) Once a novel is released out into the world, the author doesn’t have much control over what it goes and does. Matilda has become more than Dahl’s book. The film adaptation and recent musical adaptation have elevated the already simple story into something like a modern fairy tale. It’s provided a happy story about a brilliant, bookish, and beleaguered girl for scores of actual brilliant, bookish, and beleaguered girls, teaching them that, in their own way, they have some agency over their lives and the lives of others. And that they are worth something, even if the people who are supposed to love them don’t.

Of course, this doesn’t excuse Dahl’s actions in the slightest. It just complicates them. Those brilliant, bookish, and beleaguered girls deserve to know where this story is coming from. But despite my visceral aversion to censorship of any kind, I can’t quite conclude that there’s something harmful about placing Matilda in the hands of a child who needs it.

My only comment on the audiobook production, which is voiced in a very lovely fashion by Joely Richardson, is that all music in children’s audiobooks need to be stopped. There’s nothing like Disney Channel bumper music from the nineties to destroy the whimsical but scrappy atmosphere of the novel. Yeesh.

Bottom line: Matilda is a lovely story about a bookish girl overcoming all odds that almost transcends its author. Well worth a listen, although the music in this audiobook production is hard to take.

7 thoughts on “Reading by Ear: Matilda”