My Irish heritage is almost purely nominal at this point, overwhelmed by it is by the centuries since my Irish ancestor realized she could ditch Ireland for the New World and the whole “mostly French” thing. But such things are mere technicalities when you’re named after an Irish county, turn ruddy in the sun, and the only drink you like is Bailey’s: I gladly and loudly declaim I’m an Irishwoman as much as I declaim my status as a French kid. So, in the spirit of St. Patrick’s Day (when everyone else joins me in being Irish), I thought I’d highlight a few things you can read (or watch!) to celebrate the Emerald Isle.

Lord Arthur Savile’s Crime and Other Stories by Oscar Wilde

Oscar Wilde, one of Ireland’s favorite sons, is always worth a go, but this collection holds a particular place in my heart. It was one of the texts I brought along and read on my trip to Ireland last year. Plus, if you’re new to Wilde, this is a slim short story collection—you could probably tear through it in the same amount of time it’d take you to get through The Importance of Being Earnest. There’s horror, humor, and the occasional sidelong glance into the human soul. Plus, it’s in the public domain!

The King of Elfland’s Daughter by Lord Dunsany

Yep, not only does reading The King of Elfland’s Daughter give you insight into the history of fantasy as a genre, it’s also an Irish novel. Well, Anglo-Irish, that difficult identity. Lord Dunsany’s life is fascinating—I’m looking for a biography—and I’ve got a tentative plan to examine his novels in the context of other, more traditionally studied works of his Irish contemporaries, such as W. B. Yeats and Lady Gregory. As for the novel itself, it contrasts and compares “Christdom” and female paganism rings of pre-Christian Ireland struggling with the introduction of Christianity. Plus, it’s a beautiful, haunting story all on its own.

The Last September by Elizabeth Bowen 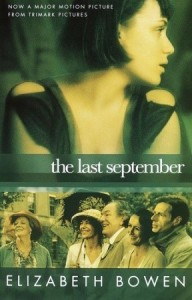 And that difficulty identity is explored brilliantly in The Last September, set in the dying days of the Anglo-Irish aristocracy before the War of Irish Independence. It’s deep and quiet, in that painful way, as we watch the young Lois try to grow into herself in an environment that’s totally stagnant. The film adaptation is, while different from the novel, very worth a go, and not just because you’ll be playing “Hey, It’s That Guy!” for most of the film. Your heart will be breaking too much. 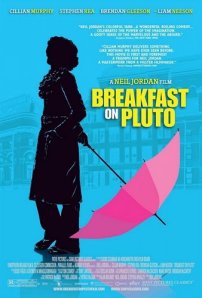 And how can I let any list of Irish media resolve without including Breakfast on Pluto? Yes, it’s based on Patrick McCabe’s novel, but the film is vastly superior. Plus, the screenplay is co-written by McCabe, so you don’t have to feel like you’re picking sides. Kitty Braden is one of my personal heroines, and Cillian Murphy plays her to the hilt. As Kitty tries to find her place and a family in a world that hates her (you try being a trans Irishwoman in the 1970s), she defends herself with her dry wit and fierce storytelling abilities, forcing the world to match the beautiful one she sees in her head. And the odd application of perfume directly to the eyeballs of an assailant. Magnificent.

This past week has been my spring break (possibly my last? Stay tuned!), and it has been busy. I’ve been cooking, working (publishing never sleeps!), hosting friends at my parents’ house, catching up with an old friend, reading, writing, and cleaning. I didn’t read as much as I would have liked, but I do feel mightily recharged and, if not ready to go back to school, ready to get this home stretch over with. I also attended my first feminist conference yesterday, THATCamp Feminisms South! I’d never been to a feminist conference before, let alone an unconference, and it was a very pleasant and eye-opening experience, especially on privacy and the current state of sexism in video games. Today I’ll be celebrating St. Patrick’s Day with the Atlanta Tolkien Society; I’m considering wearing my Durin’s Family Reunion t-shirt, which I may have cut up into a sleeveless tunic. I would totally rewatch Breakfast on Pluto, but I didn’t do a lick of homework over the break. Let the day begin!

What are your favorite Irish novels and films?