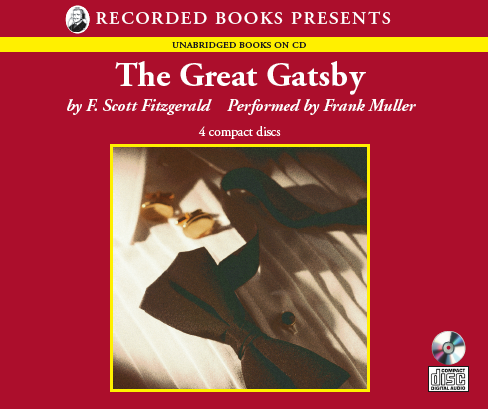 I didn’t pick up The Great Gatsby just because the film’s coming out in a few months. I mean, it is a major factor in my decision, I’m not going to lie. (Can we talk about how Jack White’s cover of “Love is Blindness” is amazing? Because it is.) No, I picked it up because, despite the fact that this is the novel most kids are taught the beginnings of literary criticism on in American high schools, there are still unplumbed depths. One of my peers here at Agnes wrote her senior thesis on Great Gatsby on a topic that, to the best of our research, hasn’t been written on seriously. Texts like that—well, those are the texts I like the most.

The Great Gatsby, set in the summer of 1922, opens with Nick Carraway, having moved to New York for work, renting a home next to the enormous mansion of the titular Jay Gatsby. The property hosts extravagant, scandalous parties, but Gatsby himself remains aloof. When he contacts Nick with a request for a meeting between himself and Nick’s cousin, the beautiful and very married Daisy Buchanan, Nick agrees. But this simple act drags Nick into a web of deceit and lies much deeper than he could have ever imagined, all because Jay Gatsby believes so much in the American Dream.

It’s rare for me, when I embark on one of my audiobook rereads, to regret not being able to properly pin it down and dissect it as I do books I read in print. It’s only happened with Middlesex, which I read in my last two years of high school. Before that age, well, it’s not as if my younger self was particularly known for her love of the right turn of phrase. But I did find myself wishing I could stop what I was doing and write down a certain line. Part of The Great Gatsby’s enduring popularity, despite its incredibly specific setting, is due to the eternal freshness of Nick’s voice. As I listened, I dimly remembered classroom lectures about the cover and the significance of the eyes of T. J. Eckelberg, to which I was only the most recent witness, but they didn’t come back and overwhelm the narrative. They remained relevant and salient, of course, but, first and foremost, Nick was telling me this story. The depth of the material stems from the quality of the novel, which is just impeccable.

On this visit to the world of The Great Gatsby, I was particularly taken by the way Gatsby performs his role of Mr. Jay Gatsby. Other characters put on performances as well—except for Nick, although I suppose you could call masking his disgust at the people around him a kind of a performance—but nobody matches Gatsby for the long plan. Playing the part of Gatsby, trying to burn so brightly that Daisy will have to look, requires so much. It requires quick, shady money and celebrities. But what fascinates me most is how childlike and innocent Gatsby is at certain points. He believes so fervently in the American Dream—that he will get all he wants, if he only works hard enough—the way children believe in Santa Claus. If he can only turn back time and connect himself with Daisy once more, properly, he can start again. Losing Daisy the first time, he believes, is the reason his life went off-course; it couldn’t be, perhaps, the fact that he’s developmentally stunted as a teenager. There’s just something so plaintive about his demands for Daisy to tell Tom that she never loved him. Daisy must wash away her past, too, so that they can start over. But Daisy can only give him the present, but that’s not good enough. The Dream and Daisy are the same—and equally unattainable. Interestingly, in the discussion of Daisy leaving Tom for Gatsby, her daughter’s future is never mentioned, precisely because she’s not real to Gatsby at all. Recognizing her reality would invalidate his entire life.

I was also taken with the use of violence in the novel, since it’s rarely used and, if used, directed at Myrtle, Tom’s mistress. For the other characters of The Great Gatsby, people are more or less abstract concepts to each other—Daisy to Gatsby, obviously, but Gatsby is also a puzzle to be solved and an obstacle to be removed by Tom. Even Jordan, Nick’s girlfriend, isn’t what she seems to be, and he coasts a little, ignoring the woman underneath. When Gatsby fears that Tom will attack Daisy, the couple actually rekindle their strained relationship. And the physical descriptors are few, relating to voice or stance rather than anything else. But Myrtle, perhaps because she’s a fallen woman and this is the first half of the twentieth century, is always physical. Not only does the specter of her sexual relationship with Tom hang around her, but Nick notes how her body blocks out the light upon first meeting her. And, of course, Tom breaks her nose and she’s ultimately mown down by a car. The details of her corpse—especially how her torso is torn open—are particularly visceral, especially contrasted against the elegance and coldness of everything else in the novel.

And I know that’s just the barest scratching of the surface; I imagine Bahz Luhrmann’s film adaptation will be largely subtlety free, giving me even more opportunity to dissect the story. The audiobook itself is quite nice. Frank Muller gives us a more confident Nick than I’m used to, but it’s easy to get accustomed to. The characters have slight distinction in tone, although I’m not terribly fond of the voice he gives Wilson. There’s no music (THANK YOU AUDIOBOOK GODS), it’s short, and it’s easy on the ears. It’s a great place to start if you’re just getting into audiobooks.

Bottom line: The Great Gatsby’s enduring popularity stems from how utterly rich the story is, even ninety years later, and how fresh the prose remains. Always worth a read.

6 thoughts on “Reading by Ear: The Great Gatsby”