Between You and Me by Emma McLaughlin and Nicola Kraus 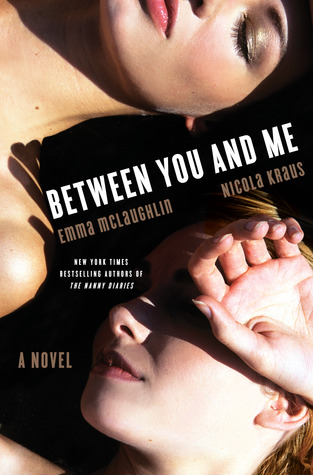 What happens when you are followed by millions . . . and loved by none?

Twenty-seven-year-old Logan Wade is trying to build a life for herself far from her unhappy childhood in Oklahoma. Until she gets the call that her famous cousin needs a new assistant— an offer she can’t refuse.

Logan hasn’t seen Kelsey in person since their parents separated them as kids; in the meantime, Kelsey Wade has grown into Fortune Magazine’s most powerful celebrity. But their reunion is quickly overshadowed by the toxic dynamic between Kelsey and her parents as Logan discovers that, beneath the glossy façade, the wounds that caused them to be wrenched apart so many years ago have insidiously warped into a show-stopping family business.

As Kelsey tries desperately to break away and grasp at a “real” life, beyond the influence of her parents and managers, she makes one catastrophic misstep after another, and Logan must question if their childhood has left them both too broken to succeed. Logan risks everything to hold on, but when Kelsey unravels in the most horribly public way, Logan finds that she will ultimately have to choose between rescuing the girl she has always protected . . . and saving herself.

McLaughlin and Kraus (great team name, by the way) have been pretty explicit about the fact that Between You and Me inspired by the life of Britney Spears. I first got wind of this book back in the summer, when Autostraddle’s Riese interviewed the authors. Ripped from the headlines stories can feel instantly dated at best and exploitative at worst, but McLaughlin and Kraus, at least in that interview, seem to be very thoughtful and feminist-minded, so I guess I’ll see how that pans out…

Megan at write meg! enjoyed it, especially Kelsey as a character. Elizabeth at 5MinutesforBooks.com also enjoyed it, finding it had a nice balance between depth and humor. Lisa at Book Him Danno! liked it. Book Chic at her eponymous blog absolutely loved it.

Between Me and You was published on June 12.

2 thoughts on “The Literary Horizon: Between You and Me”