Alright, kids, something had to give; while I like this feature, since it gives me feedback on stuff I have yet to read from you lovely people, it’s hard to sit down and pair them off, because with a reading list five hundred plus books long, I tend to forget specifics. So, compromise! From now on, the Literary Horizon will feature only one book, but link to more reviews. We good? Everybody good? Good. On to today’s selection!

Are You My Mother? by Alison Bechdel 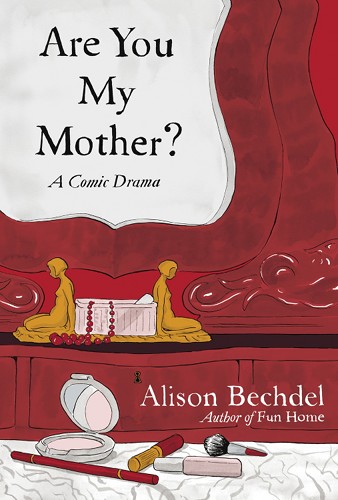 From the best-selling author of Fun Home, Time magazine’s No. 1 Book of the Year, a brilliantly told graphic memoir of Alison Bechdel becoming the artist her mother wanted to be.

Alison Bechdel’s Fun Home was a pop culture and literary phenomenon. Now, a second thrilling tale of filial sleuthery, this time about her mother: voracious reader, music lover, passionate amateur actor. Also a woman, unhappily married to a closeted gay man, whose artistic aspirations simmered under the surface of Bechdel’s childhood . . . and who stopped touching or kissing her daughter good night, forever, when she was seven. Poignantly, hilariously, Bechdel embarks on a quest for answers concerning the mother-daughter gulf. It’s a richly layered search that leads readers from the fascinating life and work of the iconic twentieth-century psychoanalyst Donald Winnicott, to one explosively illuminating Dr. Seuss illustration, to Bechdel’s own (serially monogamous) adult love life. And, finally, back to Mother—to a truce, fragile and real-time, that will move and astonish all adult children of gifted mothers.

I absolutely loved Fun Home and The Essential Dykes to Watch Out For, which I guess makes Bechdel my favorite graphic novelist at the moment. If you’ve not had the opportunity to read her, do; her work is so human and yet so specifically her that it’s really quite something. I didn’t realize Are You My Mother? was coming out until the last week of April; upon that discovery, I immediately started pining for it.

Nico Vreeland at Chamber Four enjoyed it, but did point out that on some level it can be “the dry whining of an overprivileged suburbanite with few real problems“. John McMurtie at SFGate found it more complex than Fun Home. Dwight Garner at The New York Times didn’t care for it, especially compared against Fun Home, given that Bechdel’s mother is not the dark creature Bechdel’s father was. Megan O’Rourke at Slate loved it, especially how it focuses on a complex and still-ongoing relationship between Bechdel and her mother.