One of the difficult things about comics is that it’s ridiculously hard to just jump in; I had to find the right point in 2009 to jump in myself. But that’s what makes trades so incredibly useful, especially when they collect miniseries meant to run for a finite period of time. Today, we’re looking at two collected miniseries from DC Comics.

Batgirl: Year One by Scott Beatty and Chuck Dixon 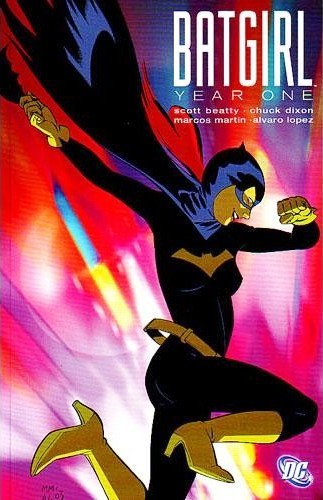 A look into the action-packed origin of the original Batgirl, Barbara Gordon! This volume collects the 9-issue miniseries that uncovered Gordon’s transformation from average citizen into costumed super-heroine.

Barbara Gordon has recently returned to the role of Batgirl, complete with recovery from her crippling injury, and I’m really unsure about it, because I really love her as Oracle. But I do like her as Batgirl, so here we are, with a recommendation from Jess Plummer.

Plummer loves it, calling it “Beautiful, funny, and accessible, it’s a wonderful self-contained story about a smart woman determined to make a difference“. The folks at Collected Editions enjoyed it too, but found it a little light.

Since his debut in 1938 Superman has become one of the most recognisable fictional characters in existence. Now, prepare for a fresh take on Superman, courtesy of at team up between two of comics’ brightest talents…Imagine Superman comics were beginning again and you could read the first adventures of the Man of Steel – but reinvented from top to bottom to reflect today’s world and today’s sensibilities. That’s Birthright; it’s the Story of Superman–from Krypton to Metropolis (via Smallville!) and beyond. Master scribe Mark Waid demonstrates his love for, and knowledge of, the Superman mythos whilst the graceful illustrations of Leinil Francis Yu bring the story to life.

I think it was actually reading Trinity that made me want to pick this up. What I like about Clark is that he’s Clark—he’s from the Midwest, he’s an overgrown Boy Scout, and he’s kind of a dork. Superman is the cover identity, but it’s all Clark, who would be fighting evil even if he wasn’t an alien with superpowers. And I’ve heard Birthright does that. I hope…

Nathaniel at Exfanding Your Horizons enjoyed it, even though he doesn’t care for Big Blue that much; Andy at Grovel enjoyed it too, although some of the differences don’t seem strictly necessary.

2 thoughts on “The Literary Horizon: Batgirl — Year One, Superman — Birthright”