Alternate history is fascinating, but, like a lot of speculative fiction, can be a little white-washed. Today’s selections avoid that with aplomb, by imagining alternate empires and even a world where Europe (and Christianity) never had a chance to make its mark. 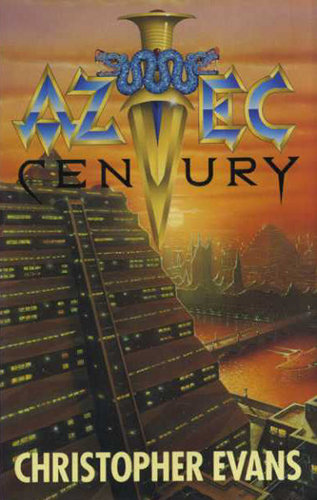 The story of a British princess shortly after the Aztec conquest of England in the late 20th century, as she searches for the dark side of their too benevolent rule.

I’m not sure where I picked up this recommendation; it looks be out-of-print and generally hard to get a hold of. But the concept caught my eye; a similar thing is done in Blonde Roots, although it’s Africans instead of Aztecs. Beyond that, I like the idea of continuing the Aztec civilization into the modern day—you gotta admit, it’s an interesting though experiment.

Stephen H. Silver at the SF Site found the focus narrow, but ultimately liked the world presented; Dilip Agarwal at the Tavern at the End of the Time enjoyed it. (His review is fairly spoilery, so avoid if you’re allergic to spoilers.)

Aztec Century was published in the May of 1993.

The Years of Rice and Salt by Kim Stanley Robinson 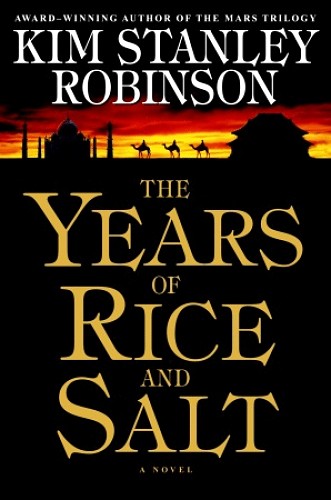 With the incomparable vision and breathtaking detail that brought his now-classic Mars trilogy to vivid life, bestselling author KIM STANLEY ROBINSON boldly imagines an alternate history of the last seven hundred years. In his grandest work yet, the acclaimed storyteller constructs a world vastly different from the one we know….

The Years of Rice and Salt

It is the fourteenth century and one of the most apocalyptic events in human history is set to occur–the coming of the Black Death. History teaches us that a third of Europe’s population was destroyed. But what if? What if the plague killed 99 percent of the population instead? How would the world have changed? This is a look at the history that could have been–a history that stretches across centuries, a history that sees dynasties and nations rise and crumble, a history that spans horrible famine and magnificent innovation. These are the years of rice and salt.

Through the eyes of soldiers and kings, explorers and philosophers, slaves and scholars, Robinson renders an immensely rich tapestry. Rewriting history and probing the most profound questions as only he can, Robinson shines his extraordinary light on the place of religion, culture, power, and even love on such an Earth. From the steppes of Asia to the shores of the Western Hemisphere, from the age of Akbar to the present and beyond, here is the stunning story of the creation of a new world.

The Years of Rice and Salt, I believe, either comes from Nancy Pearl or my own feverish Google searches. But come on—how fascinating is this? Alternate history devoid of Europe? Plus, Robinson covers the entire history; the core characters reincarnate over time, bringing us to (I assume) the present day.

The Resolute Reader enjoyed it, although the more abstract discussion can be a bit of a pain; Pat at Pat’s Fantasy Hotlist absolutely loved it.

2 thoughts on “The Literary Horizon: Aztec Century, The Years of Rice and Salt”