Women’s writing—throughout history, it’s been suppressed, dismissed, and ignored, but God knows we keep at it. Today’s selections deal with women’s writing as a whole, as well as women’s writing in the supposedly accepting world of speculative fiction.

How to Suppress Women’s Writing by Joanna Russ 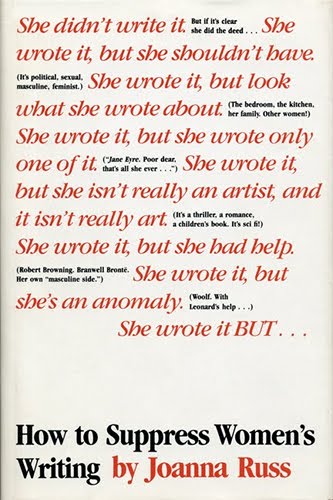 By the author of The Female Man—a provocative survey of the forces that work against women who dare to write.

While Joanna Russ’ The Female Man is on my reading list, she’s also interested me because of her essays on slash and her involvement with Star Trek fandom in the eighties. In fact, I’m quite disappointed to learn that Russ passed away last year; she sounds like an absolutely fascinating woman. But I’m very much looking forward to this.

Amy at Amy Reads loved it so much her review involves gushing; Special K at Bookish quite enjoyed it, pointing out Russ’ recognition of the shortcomings of her own book.

How to Suppress Women’s Writing was published in 1983. 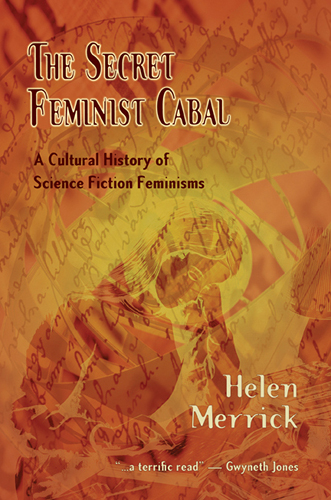 This recommendation comes courtesy of ladybusiness, which is an amazing blog that everyone should follow. One of the ladies mentioned this in passing as a book she wants to read, and I want to read it too. You know me—if there’s fandom history, I’ll come running.

Brit Mandelo, writing for Tor.com, enjoyed it but pointed out its shortcomings when it comes to representing queer women and women of color; Maria at the Hathor Legacy enjoyed it as well, pointing out its accessibility.

The Secret Feminist Cabal was published on December 1, 2009.

8 thoughts on “The Literary Horizon: How to Suppress Women’s Writing, The Secret Feminist Cabal”