Lord Arthur Savile’s Crime and Other Stories by Oscar Wilde 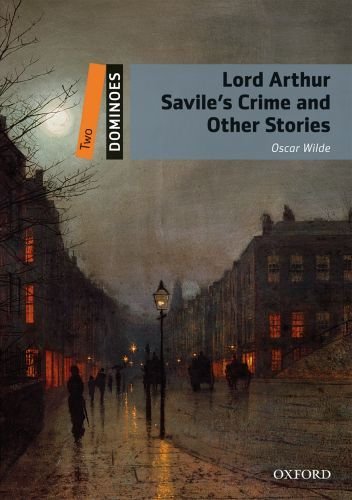 I only brought one piece of Irish literature with me to Ireland. (For shame, McBride, for shame.) The rest were either French (Alexandre Dumas) or Scottish (Sir Arthur Conan Doyle, although he has some Irish roots, so that… counts? I don’t know). But I couldn’t resist bringing some Oscar Wilde while I visited Ireland, and a short story collection seemed just the thing to read between visits on the bus on my phone.

“Lord Arthur Savile’s Crime”, the charming opener, sets the tone for the collection—Wilde’s usual cutting wit and upper-class urban setting is combined with a rather dark undercurrent. In this particular story, Lady Windermere (of Lady Windermere’s Fan fame) brings together a palm reader and the young Lord Arthur Savile. The palm reader predicts that Lord Arthur will commit murder, so he decides to get it over with as efficiently as possible in order to move on with his life. It’s full of Wildean witticisms, of course, but the way Lord Arthur calmly and primly goes about the business of murdering one of his friends or acquaintances gives it a darker, chilling, and more interesting tone. And this continues throughout the collection (save for the cheerful parable “The Model Millionaire”, but even that story’s universe is shattered in “The Portrait of Mr. W. H.”, if it’s the same Erskine). A ghost kidnaps a virginal girl in “The Canterbury Ghost”, a dead woman’s secret is examined in “The Sphinx Without a Secret”, and literary passion turns dark in “The Portrait of W. H.”. Its’ new to me as an, admittedly, newish reader of Oscar Wilde, and it’s quite fine on a cold winter’s night. (Or Halloween! I always feel bad that I rarely read anything seasonal.)

Wilde, I think, is a love him or hate him writer. A few women on the trip with me didn’t care for him, citing an emphasis on witticisms rather than plot. I think this is a quite valid point, but I also think he ties them together quite well. And, in any case, his airy, cutting quips add to the unsettling and almost callously careless atmosphere here. While “The Canterville Ghost” is a delightful parody of ghost stories a foppish ghost against good old-fashioned American ingenuity, there’s also the question of what exactly happened during the daughter’s (consensual, I hasten to add!) abduction; she won’t talk about it anyone. In fact, the story ends with her refusing to tell her husband, years later. I read The Picture of Dorian Grey at a very young age (in fact, during that fit of wanting to read anything with representations of queer men that led me to read Interview with the Vampire), so I’ll have to investigate the Wilde canon for this chilling vein further (thought it appears missing in the delightful The Importance of Being Earnest).

But I picked up this collection to read “The Portrait of Mr. W. H.”, in the aftermath of viewing the melodramatically absurd film, Anonymous. (Laura Miller’s review pretty much sums it up, if you care at all to know how it was.) The idea of alternate Shakespeare authorship alternately repulses and fascinates me. But this short story’s subject is not the true identity of the man who wrote Shakespeare, but, rather, the identity of the Fair Youth of Shakespeare’s sonnets. In discussing, proving, and disproving the idea that the Fair Youth was a beloved actor of Shakespeare’s who existed without any historical documentation at all, two men examine faith in a non-religious context, as well as the power of literature. It’s much deeper than I was expecting, and I was absolutely delighted by it.

Bottom line: Lord Arthur Savile’s Crime and Other Stories combines Wilde’s usual cutting wit and upper-class urban setting with a chilling tone, as men set out to murder, women sacrifice themselves secretly, and literary passion turns deadly. A delightful read, especially if it’s one of the later editions that collects the wonderful “The Portrait of Mr. W. H.”.

I downloaded this free ebook from the Kindle Store.

One thought on “Review: Lord Arthur Savile’s Crime and Other Stories”