Quite shamefully, I know very little about queer history. (To be fair, I was humiliatingly late to the game.) But there’s no excuse for ignorance when there are libraries to learn from, so let the education begin. 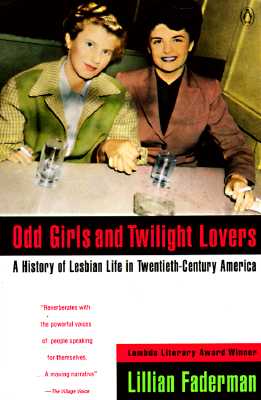 Traces the evolution of lesbian identity and subcultures from the early years of the century to the diversity of today’s lifestyles. Faderman uses journals, unpublished manuscripts, songs, new accounts, novels, medical literature and over 186 personal interviews with lesbians of all races, ages and classes to uncover and relate this often surprising narrative of lesbian life in America. Lesbian identity could emerge, Faderman maintains, only during this century with the sexual freedom of the 1920s and the 1960s, as well as the social freedom made possible by World War II, the education of women and the civil rights and women’s movements. The term “lesbian” did not become current until the late 19th century, when European sexologists began to explore female same-sex loving. Sexologists stigmatized same-sex loving where once it had been accepted. This book tells how women who accepted the label “lesbian” altered the sexologists’ definitions, creating identities and ideologies for themselves.

Odd Girls and Twilight Lovers is a recommendation coming out of, of all things, tumblr; there are several tumblr blogs focused on queer history that I’ve found very interesting. Exploring the history of a cohesive lesbian identity in America sounds like a good place to start.

Eva at A Striped Armchair enjoyed it, noting it’s more an introduction than anything else—which is perfect for me! Rachel at Deeply Problematic found it educational, but notes that it dismisses trans lesbians when the concept crops up.

Odd Girls and Twilight Lovers was published on October 15, 1991. 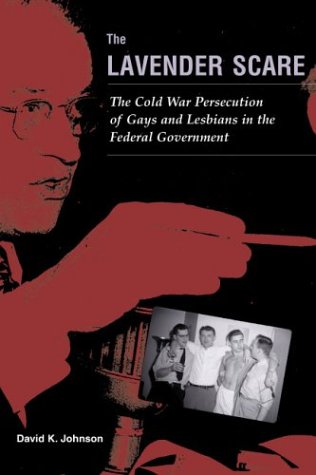 In Cold War America, Senator Joseph McCarthy enjoyed tremendous support in the fight against what he called atheistic communism. But that support stemmed less from his wild charges about communists than his more substantiated charges that “sex perverts” had infiltrated government agencies. Although now remembered as an attack on suspected disloyalty, McCarthyism introduced “moral values” into the American political arsenal. Warning of a spreading homosexual menace, McCarthy and his Republican allies learned how to win votes.

Winner of three book awards, The Lavender Scare masterfully traces the origins of contemporary sexual politics to Cold War hysteria over national security. Drawing on newly declassified documents and interviews with former government officials, historian David Johnson chronicles how the myth that homosexuals threatened national security determined government policy for decades, ruined thousands of lives, and pushed many to suicide. As Johnson shows, this myth not only outlived McCarthy but, by the 1960s, helped launch a new civil rights struggle.

I have a hard time wrapping my head around McCarthyism. Perhaps it’s because I don’t know too much about that particular era (we rarely made it past World War II in my American history classes in public school), but what feels like rampant panic is just baffling to me. And, again, there’s no excuse for ignorance, so I’ll dive in through this angle—a focus on the myth of how being queer threatens American government and the American way of life, a myth that persists to this day in one form or another.

Shelly at Shelly’s LGBT Book Review Blog found it eye-opening and it currently holds a five star rating based on ten user reviews at Amazon.

The Lavender Scare was published on January 1, 2004.