Every year, my college hosts a small Writers’ Festival in the spring. Over our storied history, we’ve pulled some amazing authors—I would have loved to have seen Margaret Atwood, Joyce Carol Oates, and Junot Diaz when they came. The panels the Writers’ Festival puts on are uniformly lovely, especially the Q & A from last year, despite it being sidetracked by a girl asking (with increasing desperation) for advice about her vampire novel. This year, for our 40th Writers’ Festival, one of our own has come back to roost—Jennifer Nettles from Sugarland, who’s an alumna. (Did I ever tell you about the time I was in the Sugarland video for “Settlin’” in high school? You can barely see me and they threw twelve pizzas at two hundred kids afterwards. I did not eat that day.) Because of her star power, tickets were required to get into any event featuring her; being lazy and not the greatest fan of poetry, I decided to attend the reading of our visiting novelist, Danzy Senna.

Danzy Senna is an American novelist from Boston, Massachusetts with a remarkably multiethnic background—her father, the poet Carl Senna, is black with Mexican heritage, and her mother is Irish-American. (The two met during the Civil Rights Movement. Isn’t that great?) Senna has had to deal with being mistaken for other ethnicities her whole life, and, in her writing, she explores race and multiethnic identity. She’s written four books—the novels Caucasia and Symptomatic, as well as the memoir Where Did You Sleep Last Night? and the upcoming You are Free.

Senna was introduced by Professor Dermot, shown below wielding the Writers’ Festival magazine.The reading was held in our theater, which is a small black box theater we just paint to our fancy each production—you’ll see the trees from our children’s show, The Jack Tales, in the background and the white platforms for Karima’s City, which we’re performing in the spring. I point this out because I adore the fact that my college is small enough that I get to perform on a stage that awesome people do awesome things on. (High school girls—this is an unsubtle plug for Agnes Scott.) 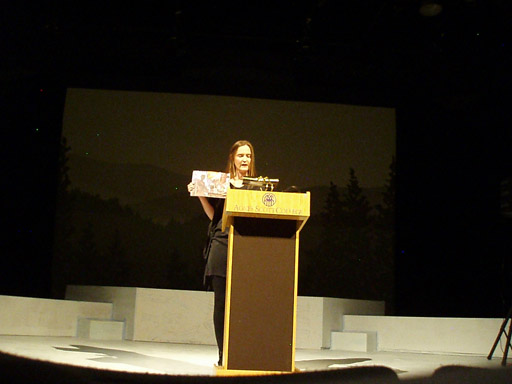 For this event, Senna read a short story from You are Free, entitled “What’s the Matter with Helga and Dave”, which I found to be a fascinating glimpse into the world and issues Senna explores in her writing. It concerns a black couple, Huet and Rachel—who is almost universally read as white— as they move into a posh apartment complex with their new baby where their neighbors are mostly interracial couples. Huet and Rachel are befriended by Helga and Dave, whose stunningly posh veneer hides something darker and less attractive. In this abridged short story—Senna edited six pages out for time’s sake—Senna explores race, passing, motherhood, privilege, and loneliness. As I’m a visual reader and not an aural reader, I can’t unequivocally give my support, but I was transfixed for most of the reading, and y’all know how I am about plots. 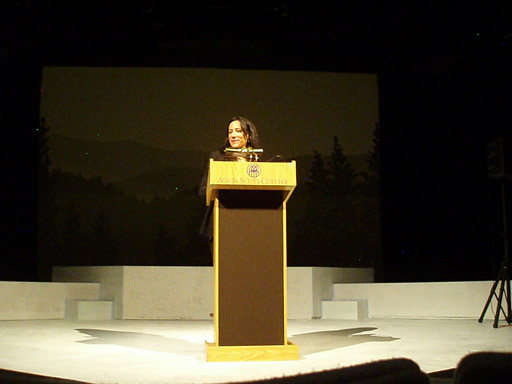 Afterwards, there was a small Q & A session—I can only imagine that the larger one with Nettles and Collins was overwhelmingly directed at Nettles. (Fans from Seattle showed up, I hear. I don’t know, I was filming.) Because of the centrality of race in her writing, she got several questions about that—I was most taken with the fact that Senna can’t remember ever not being aware of race. Anna from Crossroads asked if she felt, as a writer of color, that her work was stereotyped as always being about people of color, and Senna agreed, pointing out that nobody asks Jonathan Franzen why he only writes about white characters. A woman in the audience asked about receiving To Caucasia With Love instead of Caucasia; it turns out that Caucasia has a different name in basically every market, the worst being the German title, which translates back as “Snow in Alabama” (which, apparently, featured a black woman in a bodice and chains on the cover). Why Alabama? According to her publisher, Germans connect Alabama with black people. You learn something new everyday. 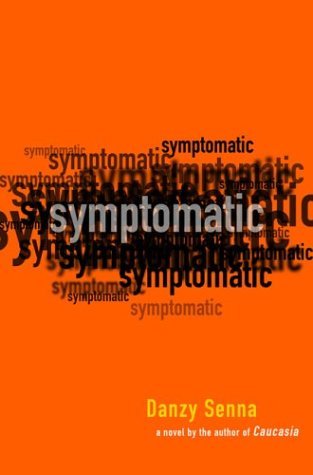 Someone asked about her process, and she talked about writing in bed with her husband, who is also a novelist. (Isn’t that such a charming image? I love it.) Senna also talked about sexism in the publishing world—the idea that the woman or the person of color, so often objectified in fiction written by men and white people, often place characters with similar identities as the objects of their work. I’m explaining it poorly, but it’s food for that. I asked about her influences; she told me they were different for each book—for instance, Nella Larson’s Passing is intimately connected to Symptomatic, to the point that she feels that novel is a rewriting of Larson’s work. All in all, I’m quite happy I attended; our Writers’ Festivals get amazing novelists.

It’s been sort of a whirlwind of a week—school, theater, and a film competition my film depreciation society is competing in. I get really narrowly focused when it comes to film editing, so I’ve got basically the film done—just need to dub some lines as it was windy during filming. Insofar as books, I’m still working on Spellwright, I’ve finished The Goddess Test and Zombie Spaceship Wasteland, and I should be starting on a new digital galley soon. I’m pleased to have a great buffer for April, so programming here won’t be interrupted by my other pursuits.

Have you read anything by Danzy Senna?