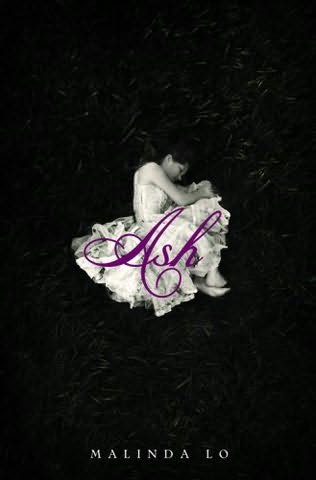 Ash is a book I’ve been meaning to read for what feels like forever. I don’t even remember where the recommendation came from; heck, I might have just stumbled across it on my own. The novel is advertised as a queer retelling of “Cinderella”, which immediately caught my attention—queer romance in fantasy is, I feel, fairly rare. I think the only other example I can give is Lynn Flewelling’s Luck in the Shadows, which doesn’t focus so much on the romance rather than on the adventures—hence why I just had to read Ash.

Ash follows Aisling, nicknamed Ash, after the sudden death of her newly remarried father. She is forced into servitude by her father’s considerable debts—once an eligible young woman, she can only hope to be a lady’s maid, as her stepmother puts it. Enamored with the fairy tales her mother told her, Ash seeks out the fairy folk to be carried away from her painful new life and discovers something like a friendship with Sidhean, a mysterious and possessive fairy man. But when Ash meets the charismatic Kaisa, the King’s Huntress, she suddenly finds she has a reason to live—but her strange relationship with Sidhean must be accounted for before she can pursue the woman of her dreams.

Lo’s worldbuilding is subtle and fascinating. Ash’s world appears to mimic 1700s Europe, complete with emerging merchant class, but I was more fascinated by the role of the King’s Huntress. Midway through the book, Ash is invited to a Royal Hunt by Kaisa and watches Kaisa perform a ritual with the blood of the kill on the prince. Huntresses also appear to be almost exclusively composed of queer women—out of all the huntresses mentioned in the book, only one appears to be male-attracted at all. Queer folk occupying a very specific niche in an otherwise heterocentric culture isn’t something new—consider the hijra of India—but placing such a space in an European-based context feels like a breath of fresh air. And, while a religious conflict is established early on between the mostly male philosophers in power and the mostly female and supposedly “superstitious” greenwitches, they don’t seem to have much to say about sexuality. I want to know more. (The fairies, while interesting, are your standard English fair folk.) But, like Mary Robinette Kowal in the equally, if not more, fascinating Shades of Milk and Honey, Lo avoids clunky infodumps and focuses on the characters—and that’s what stories are all about, aren’t they?

With Ash, Lo’s subtlety fails her a little—it took me a while to realize that Ash was self-destructive, which is quite an important trait of hers, being the reason she falls in the fairies and all. But she’s a likable character, a fairly regular girl trying to make sense of the new situation she’s thrust in, one that denies her the supposedly “superstitious” rituals that she’s always relied on for comfort and guidance. Kaisa is straight-forward and kind, a winning contrast to the seductive and mysterious Sidhean—Ash’s choice between the two of them is as much a choice between real, honest love and idealized, story book love. I also liked that the stepfamily wasn’t uniformly demonized. Yes, Lady Isobel Quinn is a cruel woman, but she’s also struggling to make ends meet after the death of Ash’s father, who was in debt up to his eyeballs. The stepsisters are so focused on finding husbands because, as aristocratic women, trying to provide for themselves with a trade is an enormous taboo. I especially enjoyed that Clara, the younger stepsister, and Ash had a friendly relationship—it’s an echo of the Charles Perrault version of “Cinderella”.

I have to admit, it took me an embarrassingly long amount of time to realize that Sidhean was the stand-in for the fairy godmother. Save for the ending, Ash actually follows the traditional Cinderella story pretty closely, merely fleshing it out by explaining Ash’s connection to the fairy folk and exploring Ash’s status as a serving girl. (There’s a wonderful moment where, as Ash celebrates the Yule with other working class folk, she suddenly realizes why the fairy folk carry away humans—they want something like this celebration, something that they can never have.) I think this ends up helping the pacing—while Ash gets off to a slow start (as “Cinderella” traditionally gets to the ball pretty quickly), you know that something has to happen right around the corner. And happen it does; the ball and Ash’s attempts to get back to Kaisa after it are particularly thrilling. This is exactly the kind of romance I like; one where the characters are perfect for each other, but not made for each other. Lo brilliantly contrasts this against Ash and Sidhean’s relationship, which has elements of the two being fated to be with one another. Ash is a fantastic antidote to the slew of fated and unbalanced romantic relationships currently holding sway over young adult literature by holding such a relationship up to close scrutiny and finding it lacking—and then proposing how a real, honest relationship should be. Dreamy.

Bottom line: While Ash gets off to a slow start and can be a bit too subtle at times, its interesting worldbuilding (in the role of almost exclusively queer huntresses in this society) and contrast of real, earnest love against “fated” and idealized love is fascinating. A worthwhile twist on “Cinderella”.