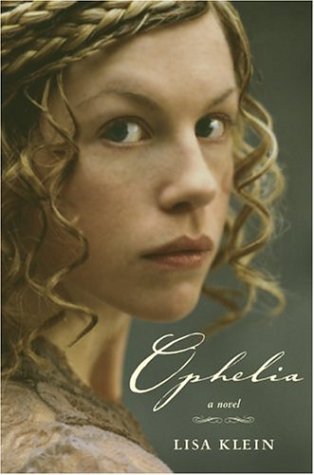 I found Lisa Klein’s Ophelia while picking over the Teen section of a Barnes & Noble. For whatever reason (probably the very nice cover), I wrote it down and it ended up on my list, from which it could not be revoked. On a lazy afternoon, picking through the Young Adult section at my local library, I found it and decided to take it home. Okay, I thought, A retelling of Hamlet from Ophelia’s perspective. How bad can it be?

Ophelia retells the events of Shakespeare’s Hamlet from the perspective of Ophelia, a Danish noblewoman and daughter of Polonius, adviser to King Hamlet and his successor, King Claudius. A motherless child, Ophelia spends her childhood copying her brother’s lessons until she is summoned to become one of Queen Gertrude’s ladies-in-waiting–where she meets and falls in love with Prince Hamlet. But their relationship takes a turn for the worse when Hamlet discovers that his uncle murdered his father and becomes hellbent on revenge.

Ophelia shoots itself in the foot right out of the gate by revealing that Ophelia faked her own death and is still quite alive. In itself, having Ophelia fake her own death is not a bad choice, but revealing it so early makes me mourn the missed tension–why not surprise an audience thinking she’s coming ever closer to her death? This brushing away of canon and lack of tension characterizes the entire book. While yes, Horatio, Rosencrantz, and Guildenstern do have precedent for being at the Danish court as early as Klein puts them at court, Hamlet’s university friends seem implemented only to make the Danish court feel like high school, complete with a mean girl Ophelia slut-shames without a second thought. These characters seem to be going through the motions more than anything else; it’s only Claudius and Gertrude that actually do anything organically. The relationship between Hamlet and Ophelia is lackluster and dull– we’re never shown why either of these characters love each other or would even be interested in other, especially Ophelia, who spends a lot of the novel tearing up and pondering what on earth Hamlet could have meant by his seemingly mad utterings… despite the fact that Ophelia is in on the whole fake madness thing and could easily just ask. (Miscommunication! It’s a killer.) Of course, one of the biggest problems in the relationship is Ophelia herself.

Klein’s Ophelia is perfect. She’s beautiful, smart, clever, and, miraculously, a modern feminist in 1600s Denmark, something guaranteed to enrage this modern feminist. (Seeing historical characters with extremely modern ideas about gender, race, or anything else makes my skin crawl; it speaks to sloppy research and a desire to clean up history instead of making us like a heroine who doesn’t think like us.) She is presented as flawless and victimized, which makes for a pretty portrait, but not an interesting and engaging heroine. But as a reader, I found her whiny, especially in a portion of the novel where Ophelia does get herself to a nunnery, widowed and pregnant. When she hears the sisters gossiping about a nun who was expelled for her pregnancy, she starts panicking about what will happen once the nuns discover she is pregnant–despite the fact that she’s taken no vows and can prove the identity of her dead husband with a letter from Horatio. (Irritatingly, this forced conflict propels the last third of the novel.) I had wanted to like that section, Ophelia finally being in a female-dominated space where she can hash out her mother issues, but it was just silly, watching her panic and whine for no good reason. The icing on the cake, however, is that a character commends Ophelia for her supposed bravery, which made me roll my eyes.

I completely understand Klein’s impulse in trying to give Ophelia a fair shake–I do it all the time with The Legend of Zelda, as Zelda, despite being the titular legend, doesn’t get much screentime. (I feel this is a fair comparison, as fanfiction is fanfiction.) But my fanon (kiss your productivity goodbye!) works with existing flaws and even adds them; this Zelda is a coward, that Zelda uses her manifest destiny for material benefit. Klein expands the canon well in a few spots; for instance, Ophelia knows about herb lore based on her madness scene (which, in a parallel wasted here, recalls Hamlet’s feigned madness). But if canon doesn’t agree with her idea of Ophelia, she breezily dismisses it–instead of exploring the conflict the play’s Ophelia feels between the commands of her father and the pull of her heart, Klein makes Ophelia, at a young age, start disregarding whatever her father says. (According to the summary on her website, Lady Macbeth’s Daughter deals with canon similarly.) I can see why a teenage girl might pick this up after reading Hamlet for class–but I can also see her putting it down again, wondering why this character is so flat.

Bottom line: Lisa Klein’s impulse to give Ophelia fair shake in Ophelia is a noble one, but the execution is poor and Ophelia is turned into a flawless, beautiful, and modern woman who spends most of the novel whining her little heart out. Misunderstandings that would be easy to clear up are forced to act as conflict, since Klein has removed most of the conflict Ophelia has in Hamlet. Skip it.