As I tend to mention a great deal, I was reared on The Legend of Zelda: Ocarina of Time and Peter Jackson’s The Lord of the Rings. If asked to choose one genre to read for the rest of my life, I’d happily answer fantasy. My reading resolutions were drawn up mostly to keep me from just gorging myself on fantasy and the occasional piece of science fiction and historical fiction. But I’m so happy swimming in the deep end that I rarely notice people at the edge tentatively dipping their toes in the pool. (It is, of course, a mana pool.) I know for people who haven’t read much fantasy that the genre can look intimidating, so today I’m going to recommend fantasy novels based on what other genres you enjoy. So take a deep breath and relax. This won’t hurt a bit.

For the Historical Fiction Fan

The Mists of Avalon by Marion Zimmer Bradley 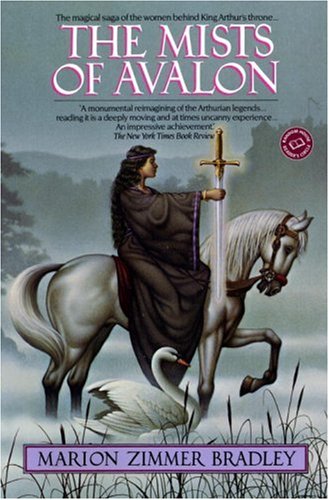 The Mists of Avalon is a sweeping fantasy epic that looks at the Arthurian myths through the eyes of the women–Morgan le Fay, here known as Morgaine, especially. This is will be a very comforting read for historical fiction fans, I feel–obviously, it is historical fiction, and it deals with religious conflict, gender roles, and other themes historical fiction fans are probably comfortable with. It’s a fantasy because magic is quite real in this novel, but it’s treated as a matter of fact by the characters who have magical gifts. There’s nothing ridiculous or overblown about The Mists of Avalon, and it’s a literary classic in its own right–a perfect introduction to my beloved genre.

Tooth and Claw by Jo Walton 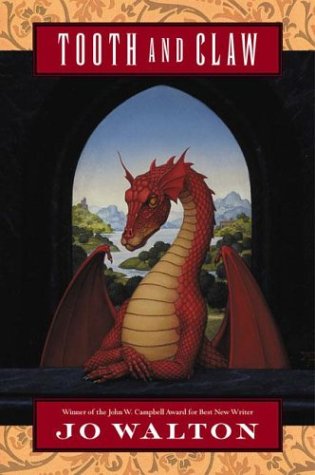 Yes, Austenites, there’s a fantasy novel for you! Tooth and Claw follows a family in something very like Victorian England as they are cheated out of their inheritance by a greedy and titled brother-in-law; as the men of the family seek rightful compensation, the women of the family look for husbands with less prospects than previously hoped. Oh, and they’re all dragons. While I’ll go more into it in my review on Wednesday, Walton pulls it off magnificently, translating class issues and gender issues into biology (oppressing the weak also involves devouring it, and female dragons truly can’t take care of themselves–they lack claws) in order to examine them. The novel is also compared to Trollope, but I feel anyone who enjoys Austen, especially her scathing views towards society, will enjoy Tooth and Claw. 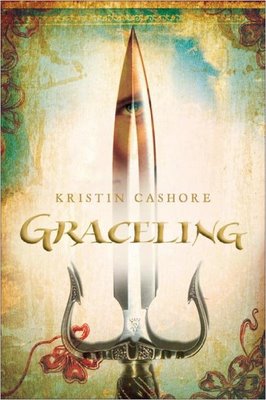 Well, I think everyone should read Graceling, but for young adult readers and older readers who enjoy young adult fiction, Graceling is a great way to ease yourself into fantasy. Graceling follows Katsa, a young woman who works as her kingly uncle’s assassin since she is Graced with killing, sort of like a superpower–but secretly, Katsa is doing all she can to fight back against tyrants and evil-doers. Cashore’s world is very accessible, the internal logic makes sense (not always a guarantee in fantasy land), and Katsa is an interesting heroine that shows young women that you don’t have to compromise to have what you want and be who you want to be. On the off-chance that you don’t want to enter an entirely different world, then I suggest Rampant by Diana Peterfreund–it’s not as good as Graceling, but it’s still very good, and it’s set in our world with killer unicorns. Fun times for all!

The Sword-Edged Blonde by Alex Bledsoe 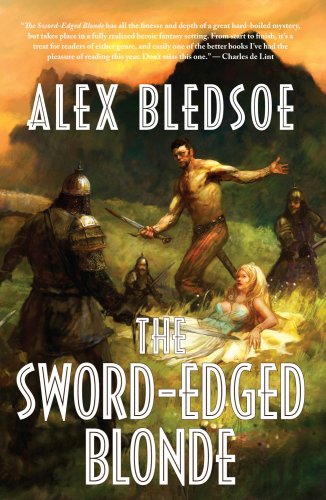 The Sword-Edged Blonde‘s mystery heritage is more crime noir than cozy mystery, but I think it’ll appeal to readers of both because it doesn’t take the fantasy aspect of itself too seriously, but also creates a functioning world that’s easy to adapt to. The Sword-Edged Blonde follows Eddie La Crosse, a sword jockey for hire, as he is summoned by an old friend to look into a heinous murder case that requires him to look back into his checkered past. It’s fun, it’s readable, and it’s good–while it’s not perfect, it’s still a wonderful way to get into fantasy.

Of course, you can always just jump in the deep end by reading The Lord of the Rings (including The Hobbit as a prelude), which, since all modern fantasy is influenced by it, will give you all you need to start reading the genre, as well as being a classic of English literature. Then again, there’s nothing wrong with easing yourself in!

In other news, my reading has been going well–while I was disappointed in The Midnight Guardian, Racing the Dark is turning out to be very good. I also picked up Ivanhoe and The Gargoyle at the library on Friday after my volunteering shift, as well as Christian Siriano’s Fierce Style. (What? I can learn from the pocket-sized master of fierce.) Reviewing that last one ought to prove very interesting. My library is closed this weekend though, and won’t open until Tuesday, to my dismay, but between my rentals and books I actually own (including a thrift store copy of A Game of Thrones, to my utter delight), I ought to be more than prepared for a while.

Fantasy fans, help your fellow readers out–how should they approach the genre?

Oh, and happy Fourth of July from this American to all my American readers. 🙂